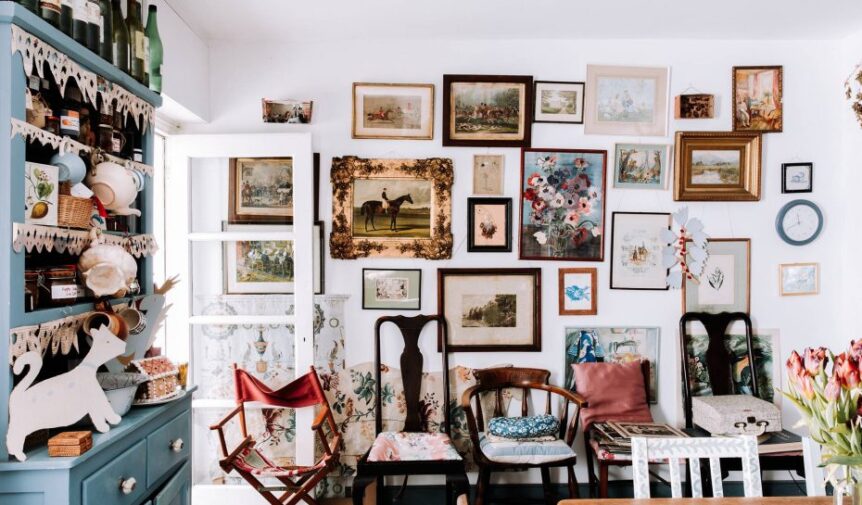 HISTORIES AND LIVES, LOST AND OBSCURED

New Yorkers may remember an exhibition at the Morgan Library in 2010 that explored the development of the romantic garden in England and the United States. Printed books and bindings department head John Bidwell, who contributed to the catalogue for that exhibition, furnishes an intriguing postscript here, in which he poses a partial solution to the age-old puzzler: “What are the origins of the English style of landscape design?” (Morgan Library and Museum)

The unusually named Jacob (né Meyer) Philadelphia was an eighteenth-century physicist, mechanic, and kabbalist who once read the mind of the king of Prussia. His theosophical lineage connected him with millennarian groups in Pennsylvania and Germany, and, conveniently, with several curious objects in the collection of the American Philosophical Society. Here’s that history, in objects. (American Philosophical Society)

On the evening of May 31, 1921, mobs of white people attacked Black residents and burned the homes and businesses of the Greenwood District in Tulsa, Oklahoma—aka Black Wall Street. The  hundredth anniversary is being marked by a slew of articles, books, and documentary films that tell the story of that horror. One scholar, Karlos K. Hill, has devoted his life to teaching the history of segregation and anti-Black racism, and just published The 1921 Tulsa Race Massacre: A Photographic History. Here’s an excerpt of this important book. (Public Domain Review)

As with most seventeenth century artists who were women you probably don’t know her name, but Joanna Koerten, or “Scissors-Minerva,” is especially obscure because of her choice of a humble medium: cut paper. Discover her work together with us. (Jstor Daily)

Have a look at the upholstery fabrics produced by the Scottish firm Donald Brothers, which churned out designs by well known artists including Marion Dorn, Eva Crofts, Marian Mahler, and Mary Oliver during the twentieth century. Information is limited due to lost company records, but this collection of some three hundred designs gives some idea of the firm’s beautiful work. (Jstor Daily)

ART FOR THE PEOPLE

After a year of painstaking restoration, the Tiffany Studios stained glass Hartwell Memorial Window is now on view at its new home in the Art Institute of Chicago. This monumentally scaled century-old artwork is well worth a visit to the Windy City. Look out for more in our July/August issue, too. (Smithsonian Magazine)

Head north along the shores of Lake Michigan to Sheboygan, Wisconsin, where the Art Preserve is opening on June 26. The newly built, experimental museum will be the first of its kind to display environments built by artists—whether gardens of concrete people and animals, rhinestone-studded interiors, or entire sheds fitted out with whatsits and thingamabobs to focus the healing powers of the earth—rather than just single works of art. An extension of the nearby John Michael Kohler Arts Center, the Art Preserve will showcase a collection built over forty years, and serve as a study center for works in this emerging category. Look for our more thorough coverage of the Art Preserve in the coming July/August folk art issue. (New York Times)

After six months of pandemic-induced closure, the National Gallery of Art has reopened, and it features a new brand identity designed by Michael Gericke and Michael Bierut of Pentagram. Museum officials hope that the bright logo and other visual elements, as well as improved messaging, will signal a more vibrant, welcoming, and inclusive institution. (Creative Boom)

Writer Hannah Baker can’t like the move. One of her recent editorials called for the abolition of old museums as part of an “ethical reorientation from our old ways of thinking, a divestment from a conservationist and capitalist ideology, and a centering of voices previously silenced by the colonial project.” (Hyperallergic)

With Joe Biden proposinga major funding increase for the National Endowment for the Arts, we’d certainly like to see some new initiatives that move us closer to equity. According to the NEA, it will use funds for “advancing racial equity, civil rights, racial justice, and equal opportunity by extended outreach.” (Art Newspaper)

The younger generation has a lot to say about cultural issues, and specific creators have wide followings on social media, which helps them get their (sometimes quite fun) messages out. Check out _theIconoclass, whose TikTok videos focus on art historical topics in succinct and surprising ways. (Bored Panda)

A “crypto media incubator and culture accelerator” (hmmm) called “TRiPTYCH” is being used to help identify the photographer behind a mysterious photo of Andy Warhol. It’s another case of “who shot Andy Warhol?” (OpenSea Blog)

Meet Maude Smith, who shuns minimalism in favor of a kind of DIY hand-crafted “cheerfully cluttered” living environment. As you’re probably aware, we feel encouraged by young people who salvage old things, and anybody who considers the Edwardian-era painter and interior decorator Vanessa Bell an inspiration is A-ok in our book. (Messy Nessy Chic)