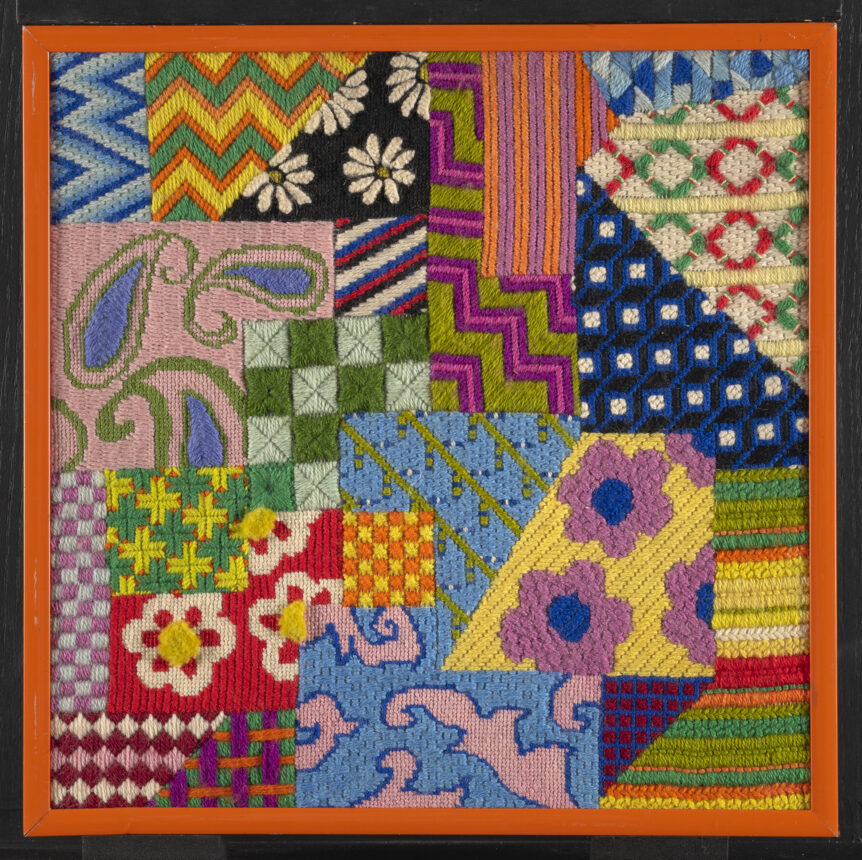 Stamp and coin collectors are fired up about three objects from the collection of footwear magnate Stuart Weitzman that are set to hit the auction block at Sotheby’s in June. The most prized stamps—the unique “one-cent magenta” (dubbed the “Mona Lisa” by philatelists) and a plate block corner from the 1918 misprinted “Inverted Jenny” sheet—join a unique 1933 Double Eagle gold coin (estimate: $10 million) in the trifecta of once-in-a-lifetime lots. (New York Times)

Artnews introduces us to Stanley J. Seeger, an unusual art collector whose focus veered from market trends and investment value to buying what he loved. Built with a keen eye, much savvy, and a sharp intellect, Seeger’s collection centers on modern art, but also includes everything from a silver jug owned by Al Capone to a wicker basket that once belonged to Marilyn Monroe. (Artnews)

Here’s an artist statement by Alexander Calder, unpublished during his life, in which he lays out his strong convictions about the ways that materials should be put to use. 1) “Stone . . . should be kept massive, not cut into ribbons. The strength must be retained.”  2) “Bronze, cast, serves well for slender, attenuated shapes. It is strong even when very slender.” 3) “Wood has a grain which must be reckoned with. It can be slender in one direction only.” (MoMA Magazine)

Cookbooks are the last place one might expect to find a stream of political invective, but The Court and Kitchen of Elizabeth, Commonly Called Joan Cromwell, the Wife of the Late Usurper is no typical culinary reference. The seventeenth-century collection of recipes was assembled by an editor with an axe to grind, who “peppered the text with political, personal, and sexual slander aimed at tarnishing the [Oliver] Cromwell legacy.” (Atlas Obscura)

Last week, we shared a report that sales in Airstream trailers have boomed during pandemic times. If you share our enthusiasm for those campers, then check out the similarly sleek and streamlined forms of these beautiful 1930’s laundry vans of Glasgow. (Flashbak)

Our friend Laura Beach introduces us to the extraordinary life and work of needleworker Erica Wilson in her review of a current exhibition on view at the Winterthur Museum, Garden, and Library called Erica Wilson: A Life in Stitches. Dubbed “the Julia Child of embroidery” and the “First Lady of stitchery,” Wilson was not only a master of her craft, but also quite shrewd about marketing herself—much like her husband, the great modern furniture designer Vladimir Kagan. (Antiques and the Arts Weekly)

On a similar thread, The Sisterhood of Stitchers is a wonderful story about sewing in the American South and the variety of ways that the craft remains meaningful to women today. Some find spiritual meaning in their work; other “craftivists” use the medium to protest police brutality and raise awareness about the opioid crisis; and some find that carrying on the quiltmaking tradition is a way to feel close to an older generation. (Bitter Southerner)

Then there’s Ida Holdgreve, whose needle and thread literally helped the Wright Brothers get their invention off the ground. Answering a classified for “plain sewing,” Holdgreve had no idea that what was a typo—the ad should have read “plane sewing”—would lead her to become the first woman to work in the aviation industry.  (Smithsonian)

In a new series of essays in the Paris Review called Écuyères, writer and equestrian Susanna Forrest looks at the “lost stories of transgressive horsewomen” in Belle Époque Paris. Her most recent installment, about “the Princess Daredevil”—circus rider Émilie Loisset—aims to counter the myths that have sprung up around the life and death of the performer. (Paris Review)

THE REVOLUTION WILL NOT BE TELEVISED

Successful revolutionaries get all the press, while the stories of the worthies they supplant are often left to molder. The Last Libertines by Benedetta Craveri, which explains in hairsplitting detail exactly what those stuffy French aristocrats were getting up to in the final years of the ancien régime, is the reparative we didn’t know we needed. (New Criterion)

The postponement of a planned Philip Guston traveling exhibition, justified in part by the claim that Guston, by satirizing Ku Klux Klansmen, “appropriated images of black trauma,” drew much criticism when it was announced last June. Now Musa Mayer, the artist’s daughter, fears the “Jack the Dripper Syndrome”: that Guston’s reputation, like that of his friend and contemporary Pollock, will be ruled by one simple and polarizing misunderstanding. (Spectator)

The use of symbolic imagery to protest and critique capitalism has a long history, with greed embodied by bulls and bears in art and design. Here’s a recap of anti–Wall Street protest art since the nineteenth century that examines the symbolic conventions of the genre. (Hyperallergic)

Symbolism is a convenient shorthand for conveying political ideas, and French imperialists employed it to propagandistic ends in everything from maps to board games. Visualizing Empire: Africa, Europe, and the Politics of Representation dissects the archive of material collected by the Paris-based Association Connaissance de l’Histoire de l’Afrique Contemporaine (Knowledge of the History of Contemporary Africa Association) and recently acquired by the Getty Institute. (Hyperallergic)