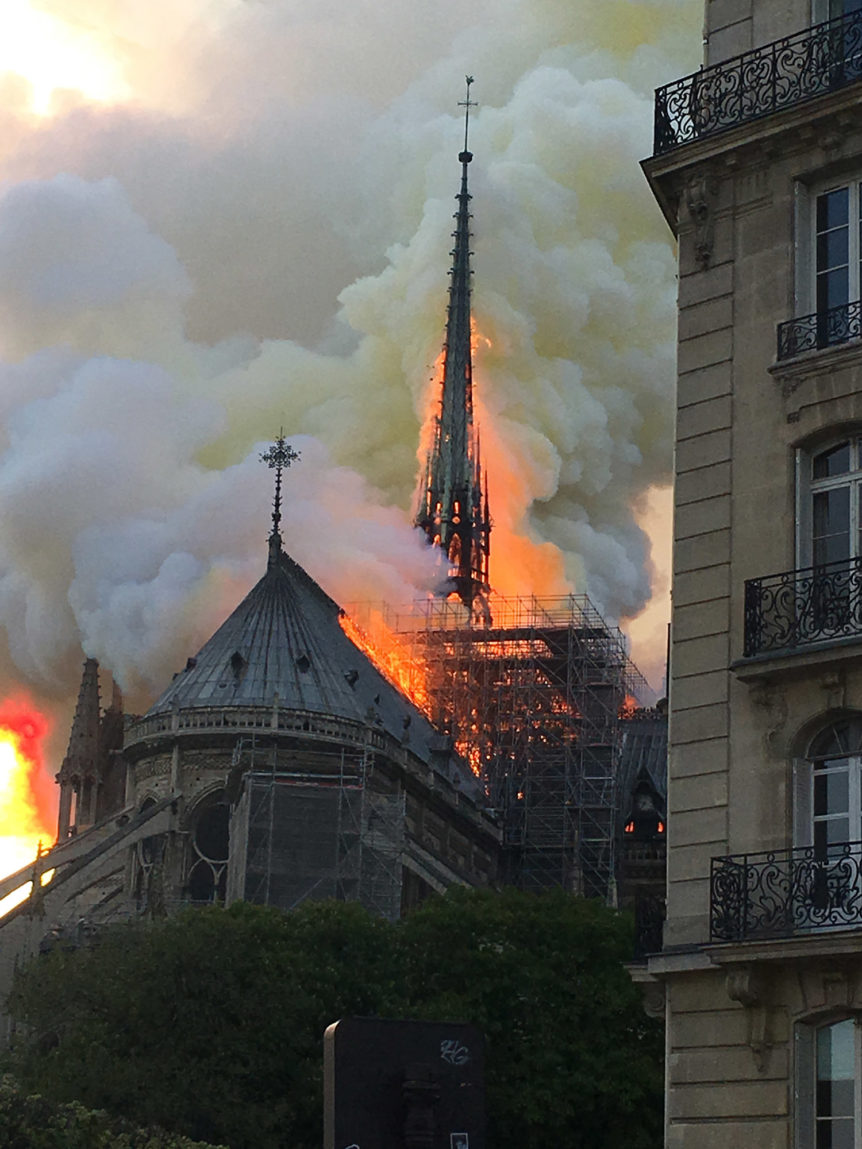 There are few structures on earth as recognizable as Notre-Dame de Paris. My first exposure to the cathedral on Île de la Cité probably came, as it did for many in my generation, via Walt Disney’s adaptation of Victor Hugo’s The Hunchback of Notre Dame. Its simple but impressive name (“Dame”sounded like onomatopoeia for the peal of heavy bells) and strangely truncated towers, missing their spires, planned but never added, made it instantly recognizable; its flying buttresses supplied one of the only esoteric architecture terms I managed to pick up as a child.

There are also few structures as well-loved, though many of us didn’t realize how deeply we cared until Monday, when a terrible fire—the cause of which is still uncertain but which likely stemmed from restoration work being done above the nave—suddenly swept through the wooden substructure supporting the building’s lead roof, consuming it and toppling the central spire, eating holes in the vaulted ceiling below, and threatening the leaded-glass tracery of the thirteenth-century rose windows.

It’s a truism that old things are intrinsically worthy, something that a magazine called “ANTIQUES” might be expected to endorse. I suspect, however, that for many of those abroad watching live as the famous cathedral breathed fire and brimstone into the night sky less than a week before Easter, Notre Dame’s significance is probably tied not to the minutiae of its history nor the singularity of its crafted details, but to its familiarity. That may seem somewhat frivolous, but holding and mourning something in common is so uncommon that when it occurs it isn’t without a hint of the sublime.

The flames were finally extinguished. Thanks to the courageous efforts of firefighters and conservators, many of Notre Dame’s most precious artifacts and artworks, including the crown of thorns putatively worn by Jesus Christ and the cathedral’s massive eighteenth-century pipe organ, were saved. Experts believe that the stone carcase will hold, and hundreds of millions of euros, donated by corporations like Apple and Dior and pledged by billionaires and commoners alike, are already pouring in to pay for repairs. It’s the privilege of an icon to be so loved, especially one that we very nearly lost.