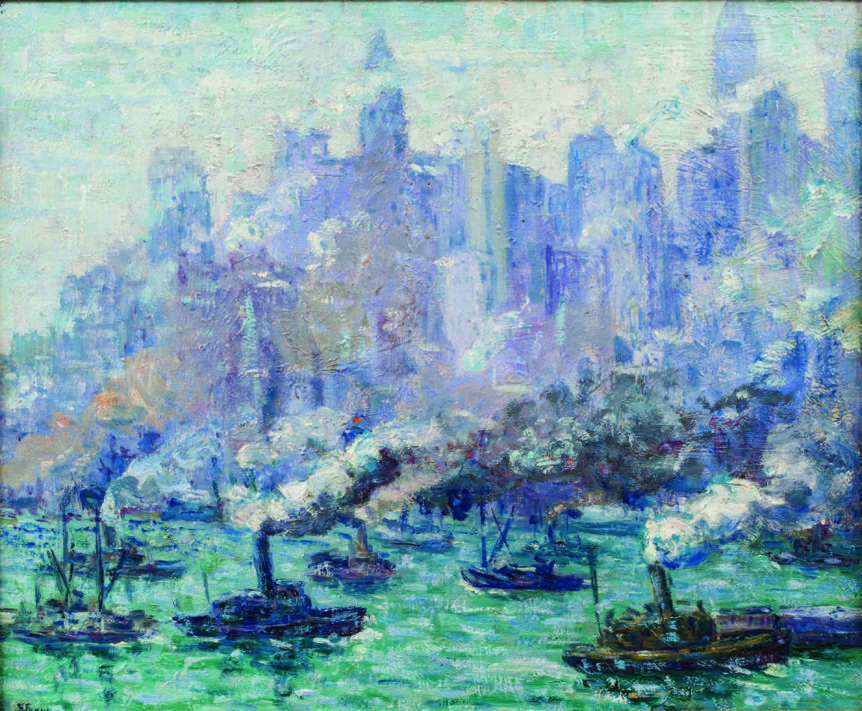 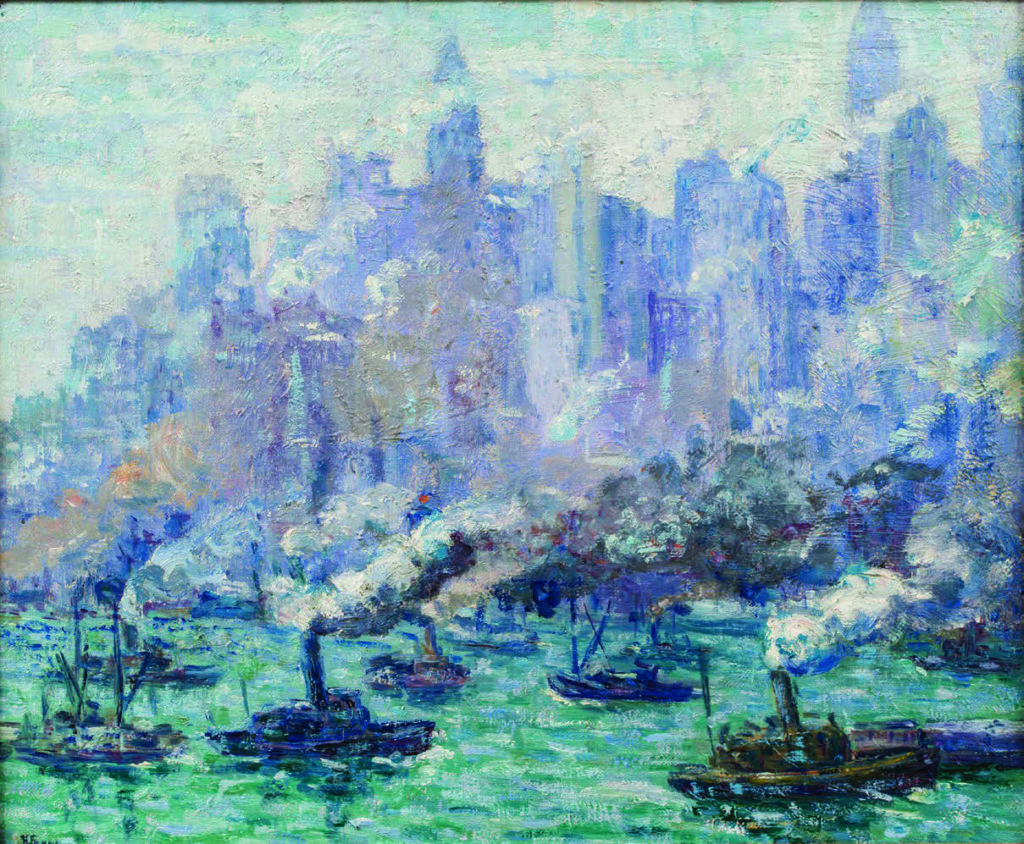 As the cultural tides seem finally to be lifting women artists into prominence on par with their male counterparts, more and more are emerging into public view. Several museums and galleries are presenting women artist- Hawthorne Fine Art focused shows, and one of these is at Hawthorne Fine Art in New York, where you can find the selling exhibition Breaking All Bounds: American Women Artists (1825–1945).

The show includes portraits, still lifes, nature studies, domestic scenes, and landscapes. There’s an interesting tension in the exhibition. The smoky and hectic scene on the waters of New York harbor in Hortense Tanenbaum Ferne’s Activity: Lower Manhattan, New York City, for example, makes a marked contrast to the stillness of A November Frost in the Mountains by Susie Barstow, a Brooklyn-born artist associated with the Hudson River school, who even in the days of hooped skirts and petticoats is said to have climbed more than one hundred mountains, painting along the way.

Some of the artists in the Hawthorne show have recently gotten attention at the highest echelon—such as Fidelia Tanenbaum Ferne, Bridges, whose work was featured in the Philadelphia Museum of Art’s recent exhibition on American watercolorists. But perhaps the greatest service done by Hawthorne is to draw attention to paintings by artists like Grace Cochrane Sanger, who was born in 1881 and worked as a book and magazine illustrator, but is now so obscure that even the date of her death is uncertain.