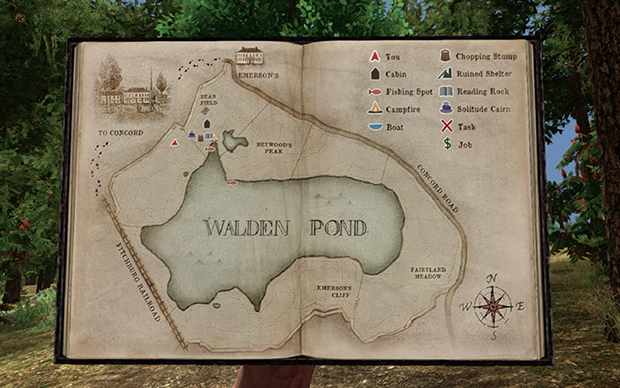 The most intriguing tribute to the two-hundredth anniversary of Henry David Thoreau’s birth is surely Walden, a game produced by USC’s Game Innovation Lab. Walden, a game lets you (virtually) experience what Thoreau’s life was like during the two years, two months, and two days that he lived at Walden Pond.