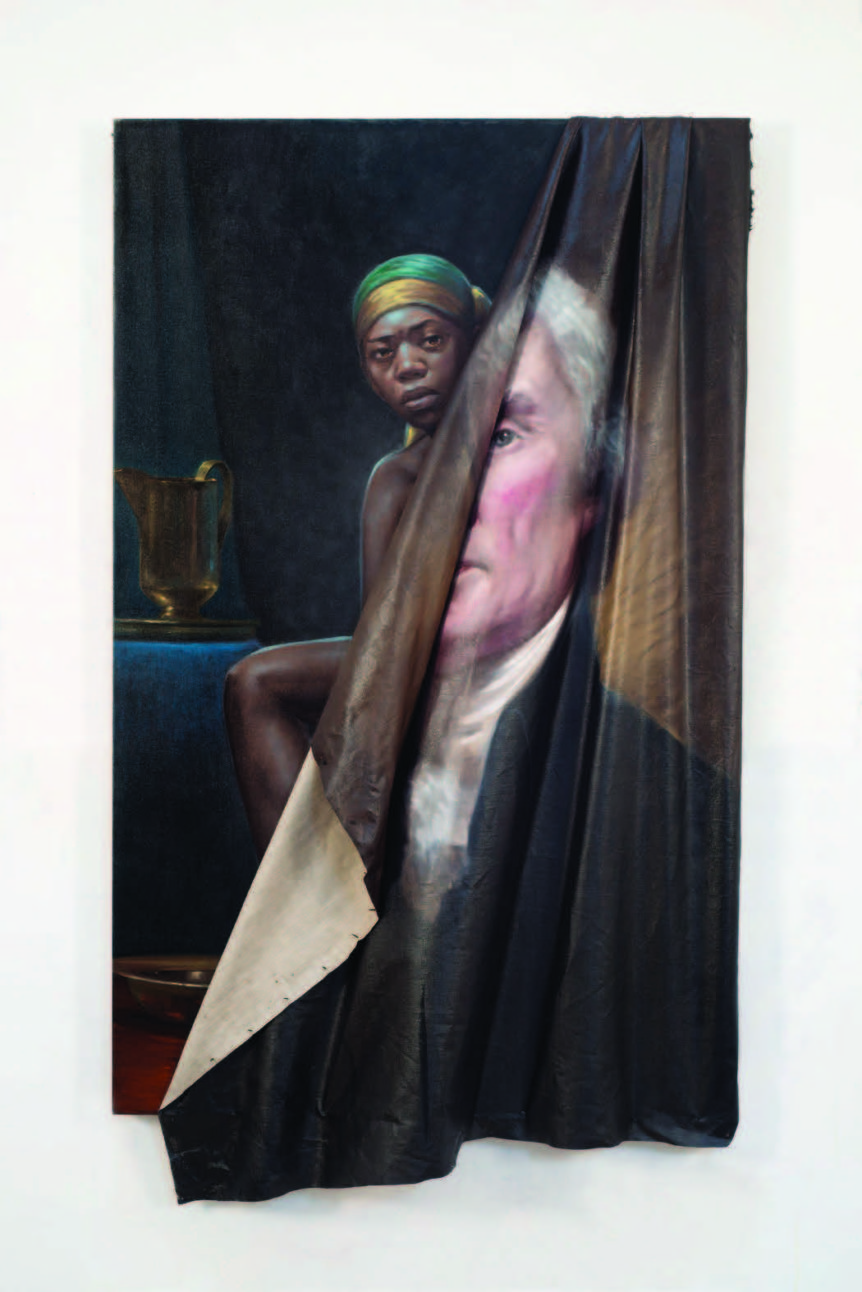 It’s only late summer, but I believe we can already declare an award for bravest museum of the year: the National Portrait Gallery, in Washington, DC. Sharing premises with the Smithsonian American Art Museum, the NPG has been regarded, since its founding in 1962, as one of our nation’s more sedate institutions: a chronological run of the great-and-good, a bland civics lesson in pictorial form.

That had certainly changed by 2010, when the NPG mounted Hide/Seek: Difference and Desire in American Portraiture, a groundbreaking exhibition on depictions of gay identity. The museum presumably knew it was courting controversy, but could scarcely have anticpated that the flashpoint would be a video by the New York artist David Wojnarowicz, which included a brief sequence showing a crucifix crawling with ants. A right-wing religious group was quick to protest, and Republicans in Congress threatened to cut the museum’s funding. The NPG removed the video. Then it was the left’s turn to protest. The Andy Warhol and the Robert Mapplethorpe Foundations, both funders of the show, vowed to deny the Smithsonian their future support. The museum and its curators were caught, agonizingly, in the middle.

With this history in mind, the NPG’s current exhibition is remarkably courageous. Entitled UnSeen: Our Past in a New Light, it presents the work of two artists, Ken Gonzales-Day and Titus Kaphar, who are committed to a root-and-branch questioning of the American canon. Gonzales-Day is primarily a photographer who creates images based on archives and museum collections. One gallery showing his work in UnSeen juxtaposes Presidents, Men of Art and Science, and Military Men—all of them white, and drawn from the NPG collection—with images of Native Americans from the National Museum of Natural History. Among the latter is an arresting portrait-of-a-portrait, showing a plaster bust of a Pawnee man who had previously been misidentified. Through collaborative research, Gonzales-Day discovered that he was called Gives to the Poor, and was a soldier in the US Army’s Pawnee Scout Battalion. The photograph is intentionally heroic, restoring to a previously anonymous subject not only his name, but a measure of respect.

A tougher side of Gonzales-Day’s practice is seen in his series Erased Lynchings, in which victims are digitally scrubbed from historic photographs, leaving only the bystanders (or perhaps it would be better to say perpetrators). Some of the scenes that Gonzales-Day has altered show the murder of African Americans. Others, less familiar to contemporary viewers but particularly topical, depict Mexicans who were apprehended as “bandits” and summarily executed. As horrendous as the original pictures no doubt were, Gonzales-Day’s doctored versions are perhaps even more haunting— implying that it could be anyone, particularly anyone black or brown, hanging from the trees.

Titus Kaphar, a New Haven–based painter, also employs tactical erasure as a means of redressing historical wrongs. A TED Talk from April 2017 shows him sequentially whitewashing a replica of a Frans Hals painting, depicting a Dutch family with a servant of African descent until the servant’s face is the only one left. Kaphar points out that “in research on these kinds of paintings, I can find out more about the lace that the woman is wearing [than] this character here—about his dreams, about his hopes, about what he wanted out of life.”1 Unlike activists who have called for the destruction of Civil War monuments and other inheritances of the racist past, however, Kaphar is not interested in eradication. He speaks instead of “amending” art history, of shifting the viewer’s gaze to unattended subjects. 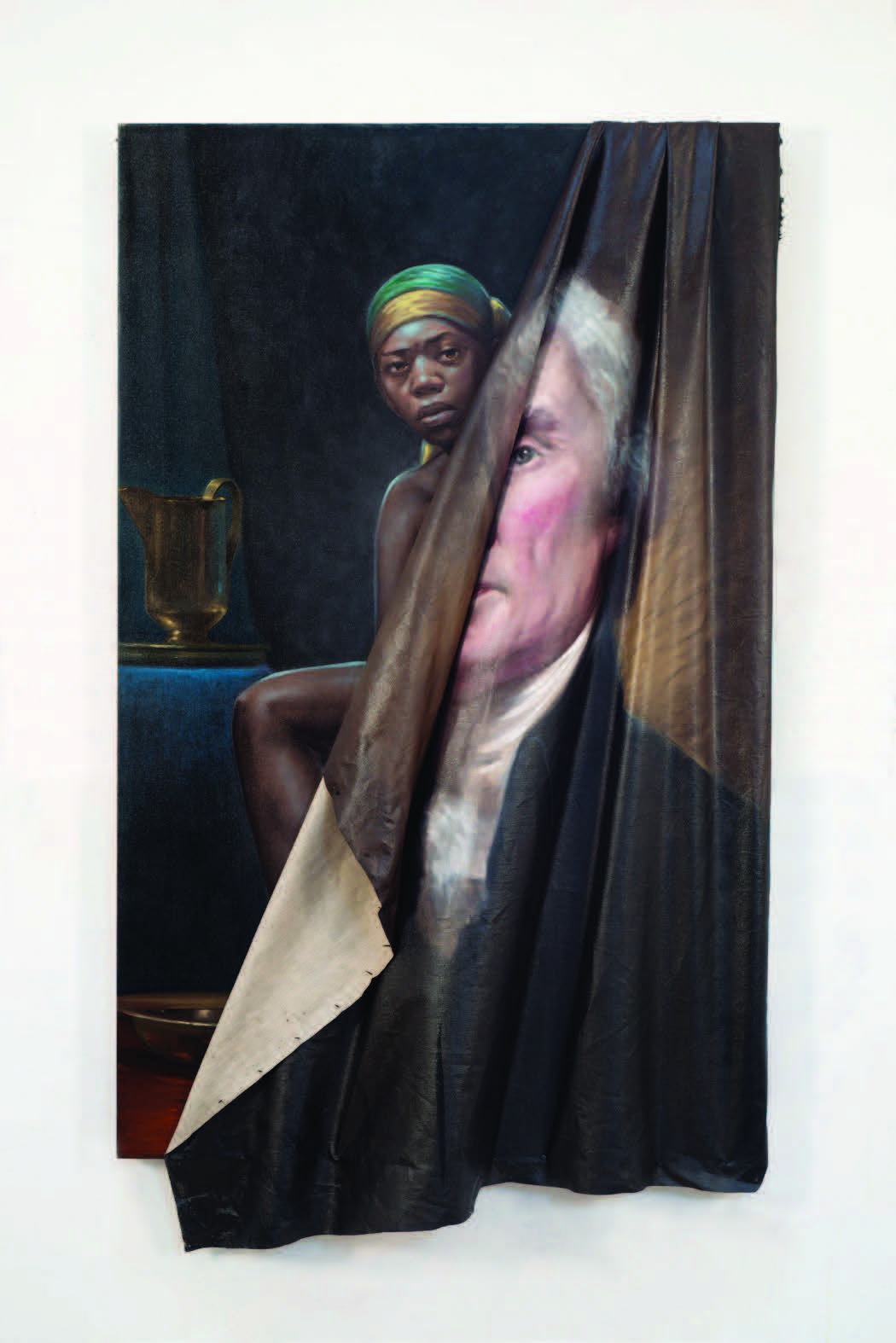 Behind the Myth of Benevolence by Titus Kaphar, 2014. Collection of Guillermo Nicolas and Jim Foster; photograph courtesy of the National Portrait Gallery, Washington, DC, © Titus Kaphar.

In the NPG show, this comes across most powerfully in a series of works about William “Billy” Lee, Ona (or “Oney”) Judge, and Sally Hemings, enslaved African-Americans in the households of George Washington and Thomas Jefferson. They are certainly not unknown. Research has uncovered the stories of Lee’s servitude with Washington during the Revolutionary War, and of Judge’s successful escape from servitude at Mount Vernon. Hemings has been the topic of several novels and historical studies, and even a TV miniseries. Yet of the three, only Lee’s likeness is preserved—he is shown off to the side in a full-length portrait of Washington by John Trumbull. They remain literally in the shadow of the famous men who treated them as property. Kaphar bluntly acknowledges this in his “portraits”of Lee and Judge, which feature patches of featureless tar where the faces should be. Less direct is Behind the Myth of Benevolence, in which a variation on Rembrandt Peale’s iconic portrait of Jefferson is pulled back like a curtain, revealing an Ingres-like bathing figure behind. She is more dark-skinned than Hemings would have been, as Kaphar notes—rather than a specific portrayal, she is intended as “a symbol of many of the black women whose stories have been shrouded by the narratives of our deified founding fathers.”2

UnSeen would feel provocative even if the museum hadn’t already experienced a run-in with the far right. In the political circumstances, it was a courageous act by director Kim Sajet and her curatorial team to mount the show (all the more so, given the institution’s recent commissioning of remarkably edgy portraits of Barack and Michelle Obama by two contemporary artists, Kehinde Wiley and Amy Sherald). Hopefully, curators elsewhere will draw inspiration from this important exhibition. After all, Gonzales-Day and Kaphar engage in the kind of intensive research that any art historian would. The difference is that they are focused on absences rather than presences. That may seem the province of an artist alone; some would argue that curators can work with only what survives. Yet there are ways to restore missing narratives without straying into the domain of alternative facts. 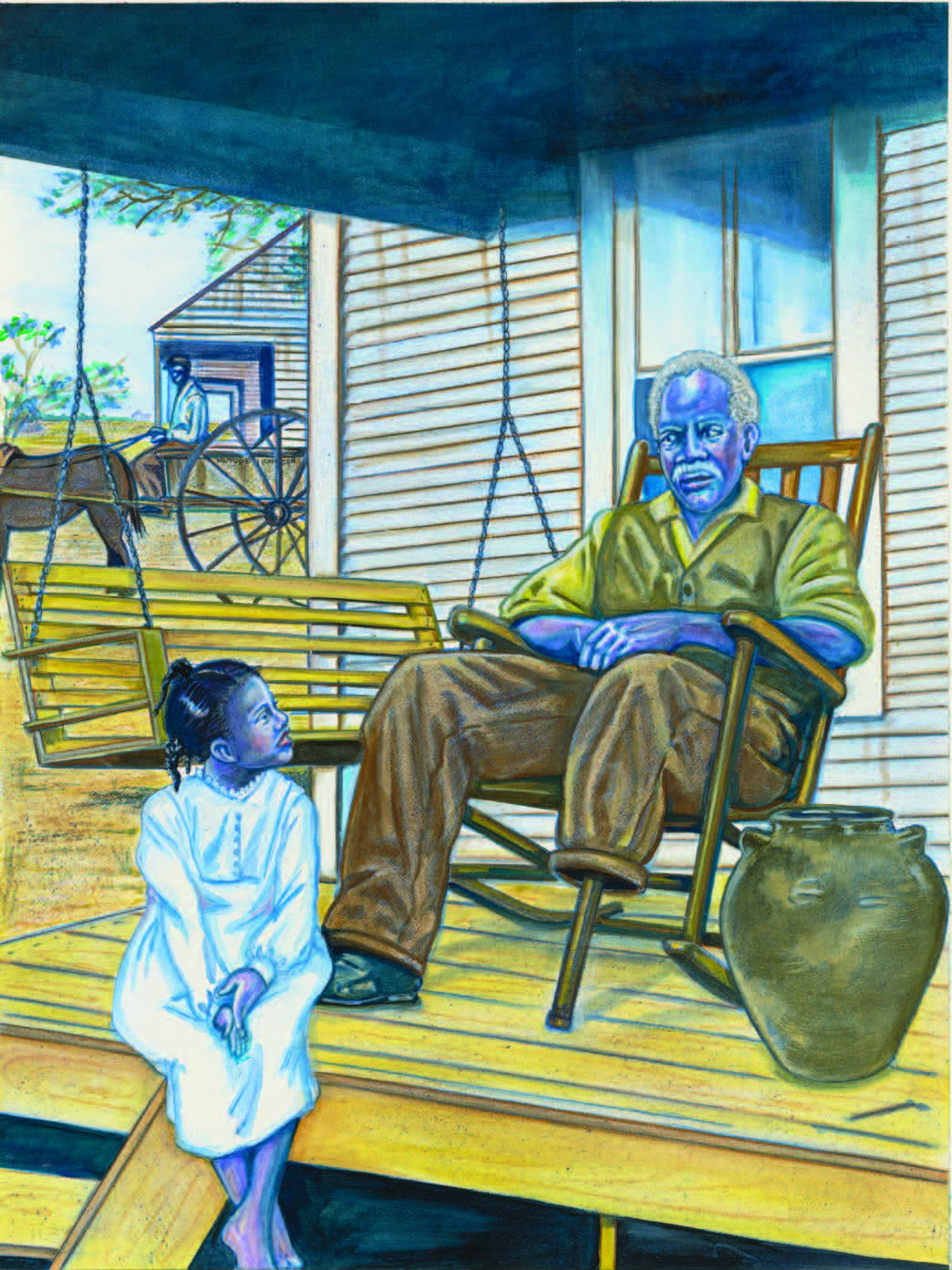 At the Milwaukee Art Museum, for example, curators from the Chipstone Foundation have created the Dave Project, inspired by the South Carolina potter David Drake. He has become a well-known figure in American art museums, thanks to his magisterial thrown jars, which are boldly signed, and sometimes feature lines of verse. Again, no portrayal of Dave the Potter has come down to us. But as part of their evocation of his world, the team at Chipstone commissioned the Milwaukee-based painter Mutópe Johnson to render his portrait, basing the depiction on extensive research.The gallery also includes works by other African-American artisans, including cabinet-maker Thomas Day, and joiner John Hemings, half-brother of Sally Hemings. (John trained three of Sally’s sons, her children with Jefferson, in the craft.) Johnson painted portraits of all these men, as well as of makers of southern face jugs and other material culture. The careful illustrations bring to mind those in school history textbooks—precisely the kind of books that have all too often excluded the achievements of African Americans.

It is interesting to note that while UnSeen and the Dave Project share similar motivations—the desire to recognize people who have been obscured in the historical record—they adopt opposing methods to do so. Gonzales-Day and Kaphar emphasize the fact of absence, while Johnson’s paintings literally fill in the gaps. Which strategy is more effective? That will depend on the viewer. For some, the haunting voids in UnSeen will have a power to move that no portrait could; they are a necessary acknowledgment that the inequities of the past cannot be wished away. For others, including the Milwaukee schoolchildren who visit the Dave Project, it is probably easier to identify with the aesthetic achievements of nineteenth-century black Americans when one can actually see them. Either way, these projects hold the promise of an expanded set of curatorial practices, that might overcome the highly prejudicial nature of our museum collections. Historical silence can be a call to action; every void can be understood as an opening, ready for light to shine through.