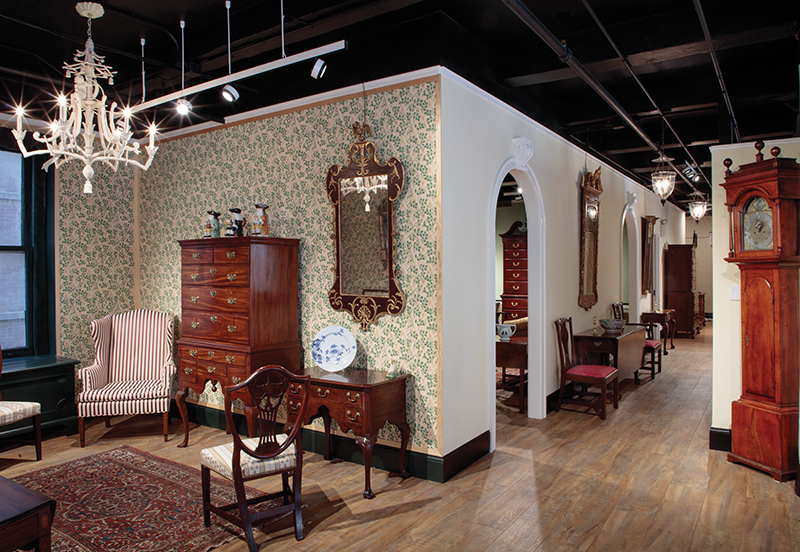 One of my more pleasant discoveries when I became editor of ANTIQUES was learning that a large number of our readers save every issue. We strive to be authoritative, so it’s gratifying to know that our magazine is a staple of many personal reference libraries. Some readers even sort issues by year and have them bound between hard covers. With such folks in mind, for years the magazine was mailed inside a plastic wrapper to protect it from the elements. The practice was abandoned by previous ownership as a cost-saving measure, but earlier this year we brought back the wrapper by popular demand.

Needless to say, however, you can’t please everyone. We recently received an email from a New York City reader whose subscription had come as lagniappe with her membership support of the American Folk Art Museum. Much as she said she admired our magazine, she didn’t like the wrapper at all, finding it needlessly wasteful in a world already “drowning in plastic.” She has a point, of course, and she wasn’t persuaded by the explanation that the wrappers preserve issues in pristine condition for the readers who collect them, nor by the fact that film plastics like the wrapper and dry cleaning bags are recyclable—though you can’t toss them in with the milk jugs and Mountain Dew bottles. (In New York, at least, you have to put film plastics in special bins at selected locations such as grocery stores.) So we lost a reader. Sigh.

But had I gotten on my own high horse, I could have made a strong argument that the antiques market and its supporters (such as this magazine) do far, far more to benefit the environment than harm it. For one thing, consider the untold tons of hardwoods like oak and maple and softwoods like pine that are harvested every year by the furniture-making industry. By encouraging people to purchase old and vintage furnishings rather than new, the antiques trade greatly reduces the demand for felled trees.

There are also the ancillary costs of new furniture. Recent data shows that China is far and away the leading exporter of furnishings. (Poland and Germany are a very distant second and third.) Consider the energy spent shipping all that material across the Pacific and Atlantic Oceans, of distributing it to stores, and then delivering it to customers. In comparison, the carbon costs of bringing a tavern table home from your local antiques dealer are negligible.

Also, new furniture begets more new furniture. The price of a chair from, say, Ikea is so low that if a leg falls off you’ll just drag the thing out to the curb for the garbage truck and go get another Ikea chair. Antiques are the embodiment of durability; their very existence is testimony to the quality of their making.

Yet, in my experience, members of the trade rarely if ever make a selling point of antiques as green design. Perhaps that’s understandable: environmental impact isn’t a topic that’s in most dealers’ wheelhouse. The unique history of an object, its peerless craftmanship, and a compelling ownership provenance are among the chief benchmarks by which antiques have always been valued, and those are the points gallerists are most comfortable discussing. Also, to be frank, many older collectors likely have no interest in hearing about reduced carbon footprints.

But there is the future to consider. I’ve known many dealers to wring their hands and worry that the young appear to have little regard for antiques. (It’s noteworthy that the New Hampshire Antiques Dealers Association offers free admission to its August show in Manchester to anyone under the age of thirty.) Whether or not that fear is warranted, certainly one thing the young do care passionately about is climate change. They and their children, after all, are the ones who will suffer most from its effects. So if we want to persuade a generation of Greta Thunbergs to furnish their homes with older pieces, it may be time to adjust the sales pitch. Go green! Buy antiques!