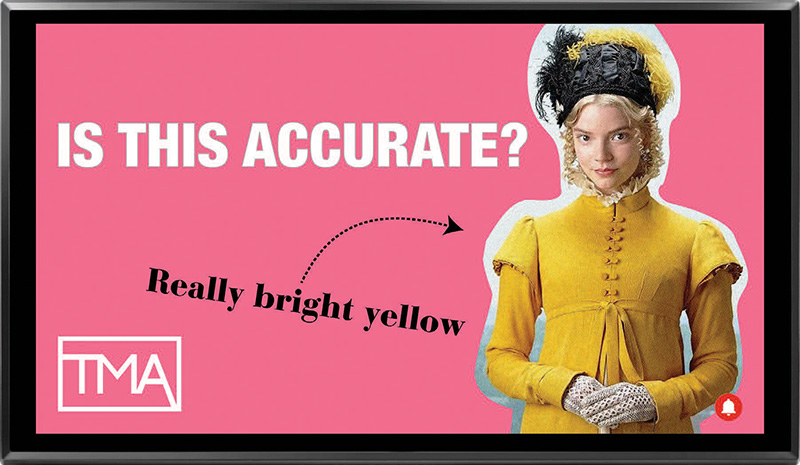 As I often say to writers, here at The Magazine ANTIQUES we are in the business of telling stories, the more vivid and engaging the better. Readers—present company excluded, of course—are as slippery as greased eels, and we don’t want to lose their attention.

Towards that end, we are always looking for new ways to tell our stories, and the mixed blessing that is the Digital Age offers many. We hope you already visit our website, follow us on Instagram and other social media platforms, and listen to our podcast, Curious Objects. But aside from a few clips from live events, there was one communications medium we hadn’t tried: video.

Until now. Our last issue included a preview for our new #TMAexplains series on YouTube, and by the time you read this six of our videos will be available for viewing. (By the way, if you are unfamiliar with the conventions of social media—and, speaking as an Internet curmudgeon, I understand—all you need to know about the # symbol, or hashtag, is that it is an attention-getting device.) I recommend that you take a look via our website or via YouTube, and subscribe to our channel there (that’s important for web algorithmic voodoo reasons, and it’s free, no strings attached, and only requires a click).

“Explainer” videos that can tell you all about, say, the War of Spanish Succession or how to grow cucumbers, are a staple of the Internet. Our videos could be better described as “contextualizers.” For example, one video looks at recent films and TV shows set in the nineteenth century such as Emma and Little Women and demonstrates that, contrary to received wisdom, the rooms and clothing of the past were not drably colored but instead vibrant and shimmering. Our videos are bouncy, energetic, fun, and funny. And while they are admittedly aimed at a younger audience, we’re sure viewers of any age will enjoy and learn from them. So far, we’ve gotten a wonderfully and overwhelmingly positive response. One prominent journalist in our field described them as a “game changer.”

Here is where the credits roll. The launch of #TMAexplains is the culmination of a deliberately paced enterprise nearly two years in duration. The lion’s share of credit goes to our senior editor Sammy Dalati, who brings numerous qualities to bear on all he does at ANTIQUES, among them intelligence, an eagerness to learn and deploy new skills, and a perfectionist’s eye. A list of all his video-related tasks could fill another Editor’s Letter, but suffice it to say that Sammy was the project’s guiding light and in charge of overall production.

Sammy is given advice, encouragement, and help with animation by our art director, Martin Minerva. Our indefatigable managing editor and tech whiz, Jenamarie Boots, writes scripts and creates storyboards. She and editorial assistant Elizabeth Lanza also help find the myriad images that appear in the videos. Last but hardly least, there is Michael Diaz-Griffith, the executive director of the Soane Foundation and a longtime friend of our magazine. Michael co-produces the series, giving us the benefits of his wide-ranging knowledge and superlative taste. Among other things, he offers story ideas, edits scripts, and provides the narration for the videos. I’ve been told that Michael’s voice is “sexy,” so perhaps that’s another enticement to watch.