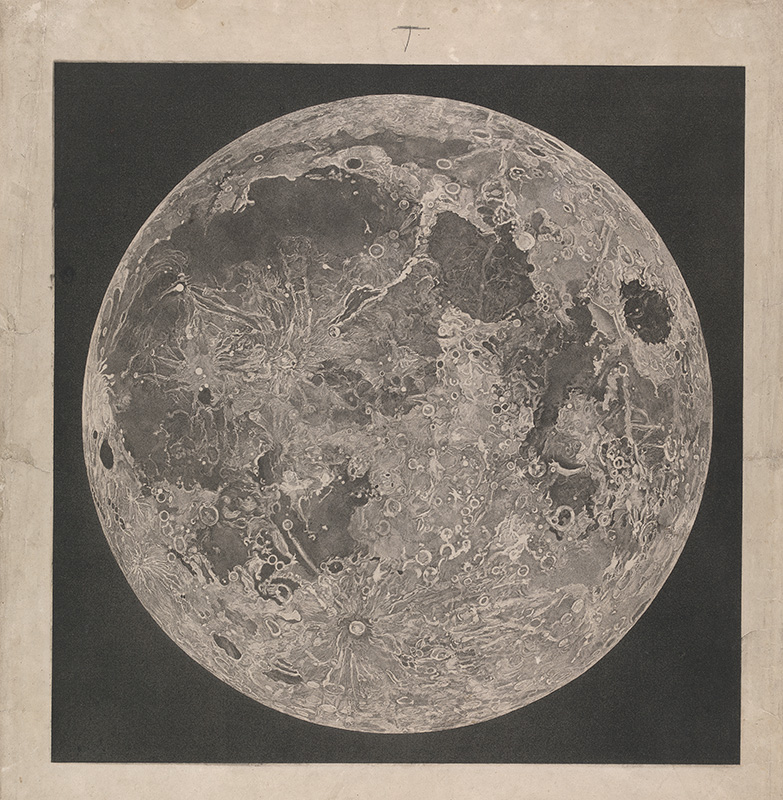 An itsy-bitsy sphere just outside my window, motionless, tucked into the velvety blackness of space.  That is how Michael Collins remembers the earth as seen from lunar orbit. His name might not ring a bell, but he was the third man on the Apollo 11 mission—the one who stayed up in the command module as Neil Armstrong and Buzz Aldrin touched down on the moon’s surface. This past July, as part of the fiftieth anniversary celebrations of the historic flight, I was lucky enough to hear Collins speak in Washington, DC. After his astronaut days were over, he had gone on to serve in the State Department, and then as the inaugural director of the National Air and Space Museum.

As this resumé perhaps suggests, Collins is an articulate and persuasive man. And what he most wanted to impart to his audience, a half-century after his time in space, was how fragile the earth had seemed to him then, and how small. The continents were just “rusty stains on a blue marble.” If the leaders of world governments could have joined him up there, he felt they would have had quite a different approach to their jobs when they got back home.

This is, as Collins himself well knows, something of a cliché, and one that traveled far and wide in the wake of the moon landing. But it is still a powerful thought. By now, we have all seen what our planet looks like from space (the very first images were actually taken from near-earth orbit, in the mid-1940s). War hasn’t ended, nor has our propensity to damage our ecosystem. Is this because not enough people have escaped the stratosphere? Is it because all the perspective in the universe, no matter how distant the vantage point, cannot overwhelm our collective foolishness? Or is it that, perhaps, Collins’s insight is actually about something else?

A trip to the moon is certainly something special, but as readers of The Magazine ANTIQUES know better than anyone, a historical long view can be just as clarifying. So let’s turn back the clock another couple hundred years, to a moment before photographs of the earth were ever taken, or indeed, photographs of anything else. Let’s go back to the late eighteenth century, when the artist John Russell decided he would make a picture of the moon’s surface—a very, very accurate picture.

A member of the Royal Academy, inducted on the strength of his pastel portraits, Russell was also an amateur astronomer, in an age when there was no other kind. Between 1764 and 1795, assisted by his daughter and using a telescope provided by his friend William Herschel, he worked toward the completion of an astonishingly detailed pastel drawing nearly five feet square. The process was extraordinarily time-consuming. Whenever the weather was cooperative, Russell would train his lens on a small patch of the moon’s surface and draw it meticulously, checking and rechecking every feature. He then slowly transferred these sketched fragments into an overall image. The resulting hyperrealistic pastel drawing, now at Oxford University, was further used as the basis for a series of engravings. These found a wide audience, making the moon seem for the first time, as one scholar has commented, like “a real place, another world on which people could imagine actually setting foot.”

Russell may have opened up that fantastical world, but in truth, he was not much fun. His personal slogan, “there is labour in the most trifling things,” promises little in the way of enjoyment, and his published writings (“stilted in style and full of platitudes,” in the judgment of one biographer) are filled with schoolmaster sentiments concerning “rudeness and inaccuracy, against which the most exact cannot be too much guarded.” Yet he was, after all, gazing heavenward every night. And if you scratch the hard surface of his thinking, you’ll find a romantic beneath.

You see, Russell’s process involved a great deal of subjective interpretation, and he viewed his artistic contribution as fundamental to the value of the project. Detailed maps of the lunar surface had been published previously, but he found them aesthetically lacking. As he worked, he found unexpectedly that the full moon did not offer ideal conditions, as the surface detail was “nearly lost in the general Blaze of Light.” He preferred to make his observational drawings when the moon was gibbous, that is, shading between full and three-quarters, with strong illumination but also some shadowing.

In short, Russell approached his lunar project much as he did the depiction of the human face (albeit much more slowly): to create a pleasing effect. Russell’s drawing was a triumph of art more than it was a triumph of science. In a way, this makes his representation of the moon the direct opposite of the image of the earth from space, and not just because the viewpoint is reversed. Yet there is an important sense in which they are similar, too. Both, via the technology that was available at the time, leap the bounds of normal seeing. The two images equally embody our ability to think beyond ourselves, to boldly go, as another cliché has it, where no one has gone before.

As Michael Collins plumbed the vastness of space, he may have felt infinitesimal. But for those still on earth, he was helping to prove how truly astounding we humans can be, even if we do inhabit rusty stains on a blue marble. That kind of pride is a beautiful thing, if it is well directed. And so, as this fiftieth anniversary of the moon landing draws to a close, let’s try to place that achievement within a longer trajectory, and remember that it doesn’t take a spaceship to grant us the perspective we need to solve our problems. Sometimes all it takes is an artist, willing to take one small step for humankind.