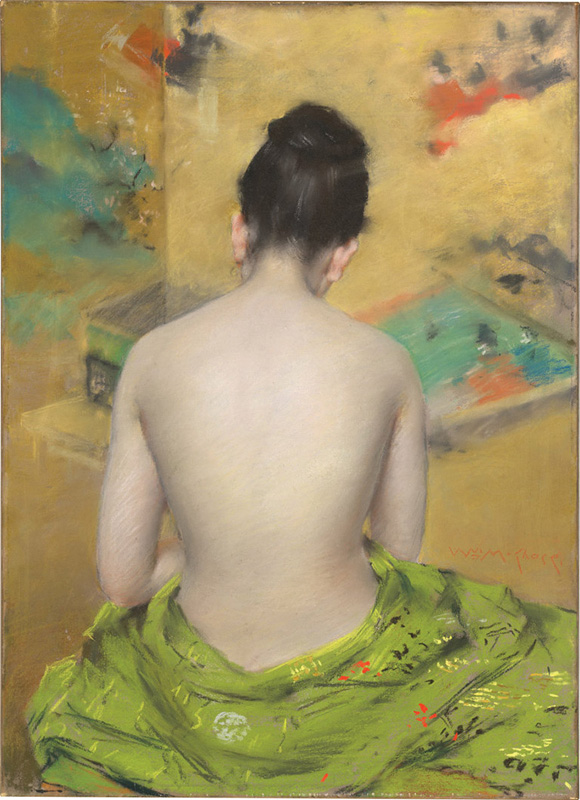 From Southern Shores to Northern Vales: Alabama Landscapes, 1819–1969 at the Montgomery Museum of Fine Arts, to January 26

This exhibition concludes the museum’s series celebrating the bicentennial of Alabama statehood. The rolling, expansive Southern landscape is captured in important nineteenth-century oil paintings, and in works by Clara Weaver Parrish, Anne Goldthwaite, Kelly Fitzpatrick, and other twentieth-century artists. mmfa.org

A dozen two-sided collages, a pair of unlidded boxes, and a shadow box presented here exemplify the strange, sensual, and surrealist creations of Joseph Cornell. Fans of the work of Duchamp, Schwitters, Klee, Warhol, and Rauschenberg will find a similar energy in Cornell’s creations, with a peculiar and delightful twist. phxart.org

Some 64 pastels, dating from the Renaissance to the 21st century and demonstrating the many techniques used in the medium across the ages, make up this exhibition. Included are works by Rosalba Carriera, Jean-Étienne Liotard, Edgar Degas, James McNeill Whistler, Henri Matisse, Roy Lichtenstein, and others. nga.gov

The Aesthetic Refinement of ‘Primitive Ukiyo-e’ at the Honolulu Museum of Art, to January 26

The works of woodblock printmaking pioneers Hishikawa Moronobu and Torii Kiyomasu II consist of lyrical and visually complex images created before the invention of the multiblock printing method. Graphic designers, and those with a designer’s eye, will appreciate the craft and composition of these prints. The influence of the artists’ publisher, Urokogataya Magobei, is also examined. honolulumuseum.org

Andy Warhol—From A to B and Back Again at the Art Institute of Chicago, to January 26

Over 400 works from the prolific (and prophetic) artist are on display, making an opportunity to appreciate the breadth of Warhol’s body of work in media that range from paintings, sculpture, drawings, and prints to films and installations. artic.edu

A Brush with Beauty: Japanese Paintings in Ink, Color, and Gold at Newfields, to January 26

A selection of pieces from the museum’s noted collection of art from the Edo period (1600 to 1868), as well as other select masterpieces of Japanese painting, are displayed in this show, which is one event in a year of programming about Japan and Japanese art. discovernewfields.org

Inventing Acadia: Painting and Place in Louisiana at the New Orleans Museum of Art, to January 26

Landscape painting in the nineteenth century helped construct a Louisianan identity, distinct from the trends in landscape painting in other parts of the United States. The terrain of “Acadia” – with thick, tangled forest and seemingly impenetrable swamplands – is a poetic construction in these paintings; at once of and not of this world. noma.org

Women’s Long Road: 100 Years to the Vote at the Maine State Museum, to January 25

“As Maine gears up to celebrate its bicentennial in 2020, it’s now interesting, even stunning, to realize that, at Maine’s founding, only male citizens 21 and older had the right to vote,” says state museum director Bernard Fishman. “Even more surprising was that it took 100 years of petitions to the Maine legislature, work by suffrage organizations large and small, and countless debates and demonstrations before most women finally received the vote in 1920.” The efforts across those 100 years are presented in this exhibition and include historical documents, photographs, and artifacts. mainestatemuseum.org

From Dürer to Goya: Works by Old Masters from the Spence & Cinda Perry Collection at the Washington County Museum of Fine Arts, to January 26

This exhibition of prints by artists working from the sixteenth to nineteenth centuries – Albrecht Dürer, Pieter Bruegel the Elder, Hendrick Goltzius, Rembrandt van Rijn, Jacques Callot, and Francisco Goya – is a particularly noteworthy offering by a small regional museum. wcmfa.org

Discriminating Thieves: Nazi-Looted Art and Restitution at the Nelson-Atkins Museum of Art, to January 26

The Birth, Death, and Resurrection of Christ: From Michelangelo to Tiepolo at the New Mexico Museum of Art, January 25 to April 19

Some 53 drawings and prints loaned by the British Museum explore the classic themes of Christ’s life, death, and resurrection in this exhibition. Differences in the works reflect changing techniques and trends from the Renaissance through the eighteenth century. nmartmuseum.org

Félix Vallotton: Painter of Disquiet at the Metropolitan Museum of Art, to January 26

As wrote in November 2019: “Vallotton depicts spaces that appear warm and cozy—but for the elusive, almost furtive figures that inhabit them. As in an Ibsen play or a Bergman film, these characters prompt a sense of apprehension in the viewer, a worry that there is deceit, or tortured anxiety, or malintent lingering just below the surface of these apparently calm tableaux. Vallotton could make a plateful of peppers look like so many murder victims.” metmuseum.org

Artist in Exile: The Visual Diary of Baroness Hyde de Neuville at the New-York Historical Society, to January 26

As Roberta J. M. Olson, curator of drawings at the New-York Historical Society, organizer of Artist in Exile, and author of the accompanying catalogue, wrote in our pages: “Neuville is among the first women artists working in America to leave a substantial body of work. This [exhibition] sheds light on this fascinating figure, whose life reads like a compelling historical novel.”  Here article can be found here. This is the first major exhibition of Neuville’s work. nyhistory.org

Renoir: The Body, the Senses at the Kimbell Art Museum, to January 26

Over the course of his storied career, Pierre-Auguste Renoir moved from realism to impression to classicism, but he never moved away from the human form in its most natural state. For those who think of Renoir as cloying, this exhibition that examines both the artist’s sensual and cerebral sides may prompt a reconsideration. kimbellart.org

For 35 years this highly regarded event with 160 exhibitors has offered the best of decorative antiques and 20th century design with a focus on the unusual. Works date from the 1700s to 1970. decorativefair.com

Carrying on the tradition of the late, lamented New York Ceramics and Glass Fair, this new showcase with a boutique format promises to become a destination for serious collectors, connoisseurs, and members of the academic and museum communities. nyceramicsfair.com

The Winter Show, January 24 to February 2

At the Park Avenue Armory, celebrating its 66th year as America’s leading art, antiques, and design fair. Featuring 70 renowned galleries offering the best in fine and decorative arts from around the world. All net proceeds from the show benefit East Side House Settlement, a nationally recognized community-based organization in the South Bronx. thewintershow.org

The Art, Design and Antiques Show at Wallace Hall, January 24 to 26

Held at the St. Ignatius Loyola Church on 84th St. and Park Avenue, where dealers from around the country will be on hand to exhibit their fine art, jewelry, silver, antiques, and more. rehshows.com