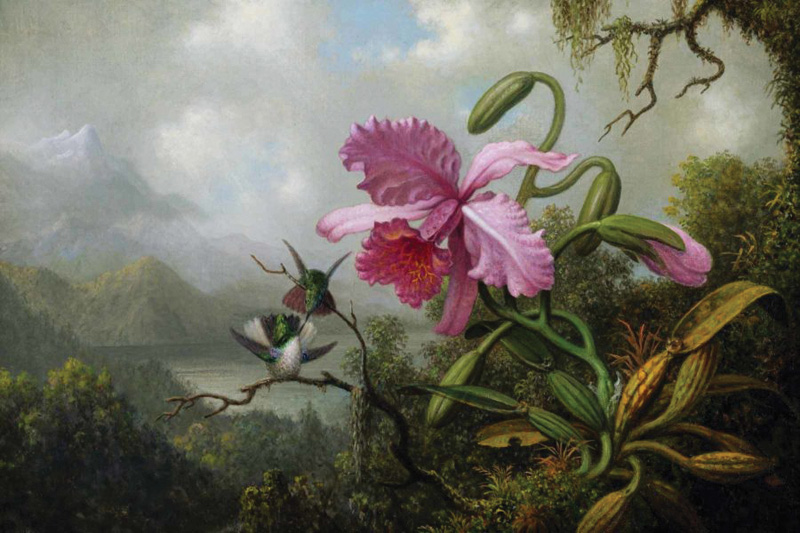 Arthur Beaumont: Art of the Sea at the Bowers Museum, to February 2

Few artists have captured the power and energy of the sea – and the vessels that sail upon it – like Arthur Beaumont. The prolific artist, named an artist laureate of the US Navy, created watercolor paintings of common soldiers, admirals, and ships alike. Maritime enthusiasts will find no shortage of inspiration from this expansive exhibition. bowers.org

Claude Monet: The Truth of Nature at the Denver Art Museum, to February 2

Billed as the most comprehensive US exhibition of Monet paintings in more than two decades, this exhibition presents 120 paintings that span the entirety of Monet’s artistic career. Particular attention is paid to his depictions of nature, and the many and varied landscapes he chose to paint. denverartmuseum.org

More than 100 oil sketches from across Europe, made during the late 18th and early 19th centuries, are on display in this exhibition. Artists whose work is on view include Jean-Baptiste-Camille Corot, John Constable, Simon Denis, Jules Coignet, and André Giroux. nga.gov

Louis Comfort Tiffany: Treasures from the Driehaus Collection at the Georgia Museum of Art, University of Georgia, February 1 to May 10

Over 60 objects, spanning 30 years of Tiffany’s prolific career, are presented in this glittering exhibition. The show focuses on stained-glass windows, floral vases, lamps, and accessories. georgiamuseum.org

Across the Atlantic: American Impressionism through the French Lens at the Cedar Rapids Museum of Art, February 1 to April 26

The story of American impressionism is told through 75 paintings and works on paper in this exhibition, which examines the movement’s inspirations in and intersection with French impressionism. Artists whose works are on view include Edgar Degas, Mary Cassatt, Robert Lewis Reid, William Paxton, Chauncey Ryder, and Guy Wiggins. crma.org

The New Orleans Drawings of Gaston de Pontalba, 1848–1851 at the Historic New Orleans Collection, to February 2

Recently rediscovered and on loan from the Pontalba mansion, Mont-l’Évêque, these 120 drawings, watercolors, and prints of New Orleans and the surrounding region comprise a beautiful retelling of the family’s story. Gaston de Pontalba’s contemporaneous illustrations capture the changing architectural face of New Orleans between 1848 and 1850. hnoc.org

A Passion for American Art: Selections from the Carolyn and Peter Lynch Collection at the Peabody Essex Museum, to February 2

Recently extended! As we noted when the exhibition opened: “The famed investments manager Peter Lynch and his late wife, Carolyn, began collecting works of American art more than fifty years ago. Though its foundation is in the classics—New England regional furniture by such late eighteenth-century craftsmen as Nathaniel Gould and sophisticated Federal pieces from the workshops of city cabinetmakers like Thomas Seymour, along with landscapes, maritime scenes, and narrative paintings from the middle decades of the nineteenth century by the likes of Winslow Homer and Martin Johnson Heade—their collection embraces a commendably wide range of expressions of the nation’s creative spirit.” pem.org

Yoshitoshi: Master Draftsman Transformed at the Minneapolis Institute of Arts, February 1 to April 12

Yoshitoshi, considered the last major artist of ukiyo-e, lived through the Meiji period, when nineteenth-century Japan was forcibly opened to the wider world, his works capture the transformation of the nation during the time. Nearly 300 prints, drawings, and books will be displayed; including his largest-known painting, exhibited in public for the first time. artsmia.org

Mark Twain and the Holy Land at the New-York Historical Society, to February 2

An exhibition that marks the 150th anniversary of the publication of The Innocents Abroad offers new perspectives on Mark Twain’s witty travelogue. The irreverent writer took on Europe and the Middle East during his journey, the progress of which is recreated for visitors with original documents, photographs, artwork, and costumes, as well as an interactive media experience. nyhistory.org

The Antiques & Garden Show of Nashville, January 31 to February 2

Some 150 antiques, art and horticultural exhibitors come to town, making an occasion for magnificent garden tours and a cocktail party (or two!), and talks by some of the most renowned design, landscape and architectural authorities in the world. Now celebrating its 30th year. antiquesandgardenshow.com