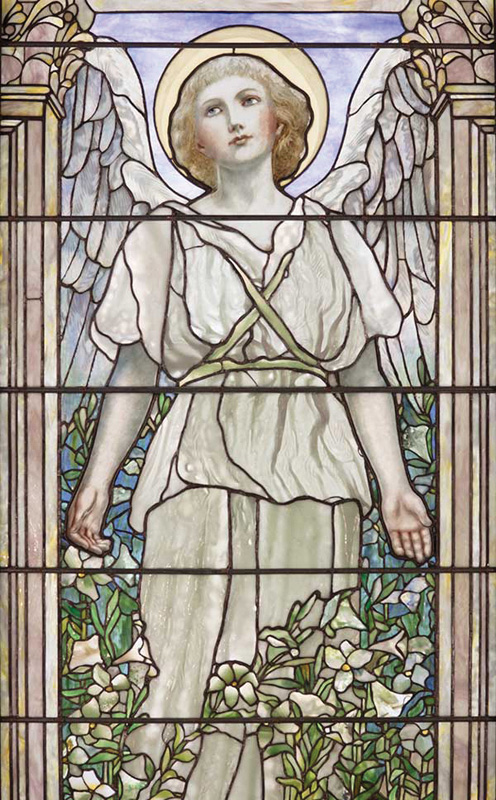 Edward Weston’s Leaves of Grass at the Center for Creative Photography, to November 30

The product of a cross-country road-trip, this collection of photographs was made to accompany a luxury edition of Walt Whitman’s Leaves of Grass. Weston channeled Whitman’s spirit and sought to capture the same poetic energy in his own last major body of work. ccp.arizona.edu

A New Unity: The Life and Afterlife of Bauhaus at the University of Arizona Museum of Art, to December 1

Features work from Bauhaus masters including Wassily Kandinsky, Paul Klée and Josef Albers, as well as other Bauhaus-inspired works from the op art, constructivist and minimalist art movements. artmuseum.arizona.edu

Though he was part of a vibrant social circle of artists and collectors, the tonalist Thomas Wilmer Dewing is best known for his paintings of women in isolated and desolate settings. The juxtaposition of his artistic life and output is at the heart of this show. The frames of his paintings, designed by the architect Stanford White, are also examined. asia.si.edu

Before the War: Photographs of Syria by Peter Aaron at the Georgia Museum of Art, University of Georgia, to December 1

Throughout his artistic career, Winslow Homer was drawn to the seaside. He frequently visited Cape Ann in Massachusetts, and rendered its shores in paintings, drawings and even ceramics. His depictions of the area are displayed together for the first time in this exhibition. capeannmuseum.org

Radiance Rediscovered: Stained Glass by Tiffany and La Farge at the Worcester Art Museum, to December 1

Commerce and religion came together in the stained-glass windows of Louis Comfort Tiffany and John La Farge. Two stunning sets of c. 1890 memorial windows from a Boston church, newly restored, are the centerpieces of this show. The exhibition also features works that highlight the artists’ creative visions, techniques, and aesthetic influences, which include paintings, works on paper, and Favrile glass. worcesterart.org

Joseph Hidley: Folk Artist at the Albany Institute of History and Art, to December 1

A rural, self-taught artist best known for his townscapes, Hidley also painted religious scenes, still lifes, imaginary American and European landscapes based on published prints. The exhibition features examples of each, in addition to family photographs that help illuminate the life of this regional artist. albanyinstitute.org

The Voice of the Village: Fred W. McDarrah Photographs at the Museum of the City of New York, to December 1

McDarrah’s lens captured the life of the city for The Village Voice from the days of the Beat Generation to the Watergate era. This exhibition presents his documentary images of the rights movements and anti-war demonstrations of the tumultuous 1960s alongside his portraits of then-emerging cultural icons such as Allen Ginsberg and Bob Dylan. mcny.org