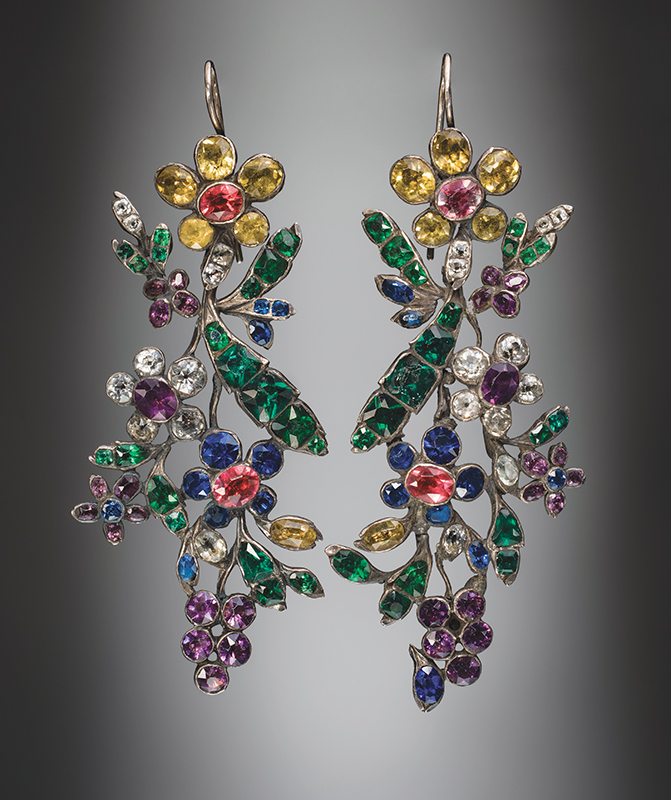 A two-part exhibition of sixteen quilts, made over the course of seventy years by women from the same family and recently given to the Columbus Museum in Georgia, is underway in that state. The gift was presented by Dr. Paul M. Goggans, whose quilting grandmother, great-grandmother, and great-great-aunt intended these showstoppers for—get this—functional purposes. (Antiques and the Arts Weekly)

What’s in a name? A lot. So should we use women artists’ first or last (or first and last) when referencing them in academic discussions of their work? First names are frequently employed, as in the case of Alexander Nemerov’s new book on Helen Frankenthaler. This essay brings to light the complicated issues at play for some writers of biographical scholarship: “Yes, it’s hard to have a name when you’re a woman. But it shouldn’t have to be.” (Hyperallergic)

A new exhibition currently on view at the Pitti Palace (Palazzo Pitti) in Florence showcases the sophisticated still life paintings of Giovanna Garzoni, the seventeenth-century artist who in her work walked a line between scientific observational studies and artful expression. Along with a group of other women working during the period, including Artemisia Gentileschi, Garzoni is enjoying a well-deserved moment in the sun. (Apollo)

Another Italian artist who has fallen into obscurity in the centuries since her death is Marietta Robusti, a sixteenth-century portraitist highly regarded during the Renaissance. As it is noted in this article (whose author calls her “Marietta”), attributing paintings to her with certainty is difficult to do. Problem 1: Few verified works exist. Problem 2: Her father was the master Tintoretto, and many of the portraits possibly by Robusti were painted under the aegis of his workshop. (Apollo)

The distinction between mainstream and outsider art—increasingly porous as it is—is probably strengthened by critics continuously referring to it. After all, like much in art history, it has no concrete reality: once upon a time (namely the 1930s), everything produced here was simply “American art.” Katherine Jentleson’s Gatecrashers: The Rise of the Self-Taught Artist in America, reviewed here, decries the cultural impoverishment that began when the art world forgot that fact. (Interesting Ideas)

A fascinating new show at the Corning Museum of Glass—In Sparkling Company: Glass and the Costs of Social Life in Britain during the 1700s—is on view now through January 2022. Take a brief tour of the show with the Bee’s Karla Klein Albertson, and read Yale scholar John Stuart Gordon’s assessment of the show in our pages, then listen in with Corning’s curator and show organizer Christopher Maxwell, who sat down with Benjamin Miller for our (new, shiny) episode of Curious Objects. (Antiques and the Arts Weekly/TMA Podcast/TMA Review)

Ben was delighted to do an episode on glass, but, as a dealer, his heart is in silver. Our friend Spencer Gordon (of Spencer Marks, Ltd.) let us know that he was recently interviewed for the three-part docuseries Chasing Silver: The Story of Gorham which is being presented on Rhode Island PBS and can be streamed on demand. The film aims to trace the impact of one of America’s most storied silver manufacturers from its roots as a small company in Providence in the mid-nineteenth century. (RIPBS)

Apparently, the gold antiquities market has seen a considerable increase in fakes, much of it owing to technological advancements in 3-D printing. This development has collecting institutions very concerned. (Guardian)

Speaking of gold, the Women’s Jewelry Association has joined with Ethical Metalsmiths and Amazon Aid Foundation to offer a free private online screening of the documentary River of Gold on June 3. Learn about responsible sourcing and sustainability with Sissy Spacek and Herbie Hancock, who help you navigate through the murky waters of illicit gold mining. The film has been on our radar thanks to a month-long series of talks produced by Initiatives in Art and Culture, called All that Glitters.  (River of Gold)

Reviewer A. S. H. Smyth builds a convincing case for Edmund Richardson’s new book Alexandria: The Quest for the Lost City, calling it the most rollicking thing he’s read in years. Recounted is the life story of one “Charles Masson” (born James Lewis), a mercenary for the British East India Company turned archaeologist, who stumbled upon the Buddhas of Bamiyan and the ruins of Harappa, then had all his research stolen. (Spectator)

Here’s a history of the Irish keen, a sustained, high-pitched wail produced by mourners (sometimes hired) at funerals on the isle for more than a millennium, and source of almost as many interpretations as there are social commentariats. (Lapham’s Quarterly)

In between ogling Anna Wintour’s dress and imbibing liquid courage (in anticipation of chatting up Tom Ford, perhaps) at this year’s Met Gala, we hope you’ll take a moment to admire the Temple of Dendur. A monument to ancient masonry, as well as for modern logistics, the stone building was relocated from Egypt to New York in 1967 as part of a massive project led by UNESCO. (Messy Nessy Chic)