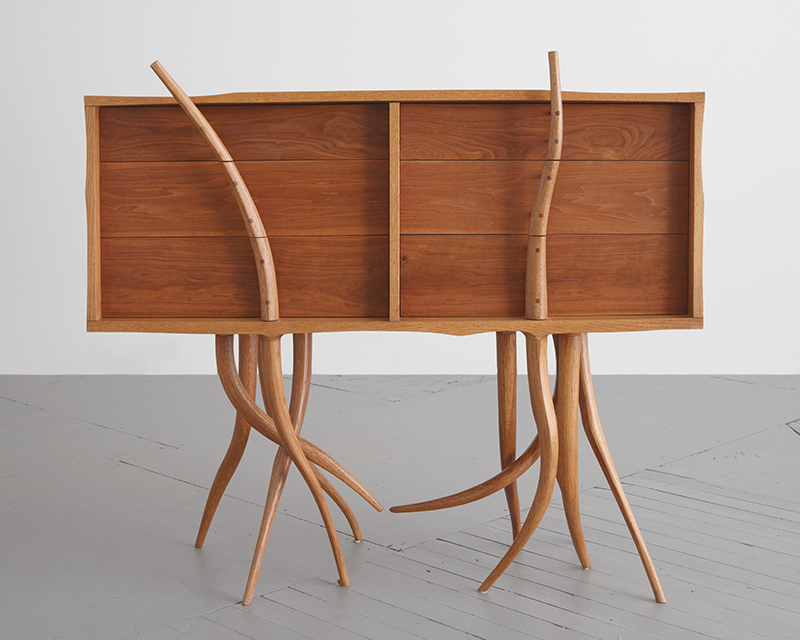 After roughly ninety years of searching, archaeologists have located the fort at St. Mary’s—the first permanent settlement in Maryland. English Catholic settlers fleeing persecution landed on the shores of Maryland in 1634, only preceded by those in Jamestown, Plymouth, and Massachusetts Bay. Radar had detected the outlines of buildings underneath the ground, some of which were Native American dwellings that likely existed before settlers arrived. (Washington Post)

Somehow, a nineteenth-century law prohibiting French women from wearing trousers in public was not struck from the books until 2013 (obviously, there was no enforcement of this absurd and forgotten law in recent times). To wit, here’s a brief history of women’s pants. (Messy Nessy Chic)

This blog is an excellent resource for all things related to picture framing, with articles on periods and styles from the Roman era through today. The most recent post is a thoroughly researched presentation of the tondo form in Renaissance framing. (Frame Blog)

Everybody’s heard of egg creams, even if you didn’t grow up in New York where the drink was invented. If not, we highly recommend taking in this film, a “loving tribute” to the beverage, according to Hyperallergic. But have you ever enjoyed a Hot Cherry Egg Bounce, which, unlike egg creams, actually lists an egg among its ingredients? When the temperatures dropped soda jerks needed a product to keep customers coming in. Here’s a piece that breaks down the history of hot drinks made at soda fountains during the early part of the twentieth century, with recipes for you to experiment with at home. (Atlas Obscura)

Sometimes the subhead really says everything. “Craft might be the finest art of all,” write the editors of  Introspective, where Hilarie Sheets reviews Glenn Adamson and Jen Padgett’s exhibition Crafting America at the Crystal Bridges Museum of American Art. If you haven’t already, check out Adamson’s article about the same in TMA’s March-April issue. (Introspective)

If craft is fine art, what about folk art? That’s the question tackled by Collecting Stories: The Invention of Folk Art, an exhibition at the Museum of Fine Arts, Boston, reviewed here by Laura Beach. And take a look at our own preview of the show, from curator Nonie Gadsden. (Antiques and the Arts Weekly)

This article, which juxtaposes paintings by Edward Hopper with still shots from Rear Window, demonstrates how the painter’s voyeuristic preoccupations influenced Hitchcock as well as later filmmakers like Michael Haneke and David Lynch. (Open Culture)

Writers who are nostalgic for the typewriter will be sure to enjoy video essayist Ariel Avissar’s two-minute celebration of the typewriter’s role in some classic films. Be sure to click through to the “delightfully nerdy” investigation of the machines on screen in the David Cronenberg adaptation of The Naked Lunch. (Open Culture)

Some premodern hypotheses about the forms that future technology would take turned out to be uncannily prescient. Consider the portable audio devices dreamed up by writers and inventors of the seventeenth through nineteenth centuries. A miniature phonograph strapped to people’s shoulders “and connected to the ears by a set of flexible tubes”; the “indispensable” (a “portable phonographic device used to play spoken word recordings of everything from letters to literature”); and earring audiobooks all sound uncannily like Walkmans, smartphones, and airpods. (Cabinet)

Portability has revolutionized many industries, and photography is at the top of that list. Before 1900, it took an entire studio to make a quality image, partly because of the cumbersomeness of photographic equipment. Enter the Kodak Brownie camera, light enough for a child to carry. (My Modern Met)

The National Museum of American History Library’s collection of trade publications is quite extensive, offering Smithsonian Magazine a wealth of material for articles. Check out this one about leisure activities that were popular at the turn of the twentieth century, which also provides information about the pricing of luxury goods and sporting items. Apparently, in 1907 a Flexible Flyer sled would only set you back about $2.25 (still a tidy sum in those days). Did someone say  “Rosebud”? (Smithsonian Magazine)