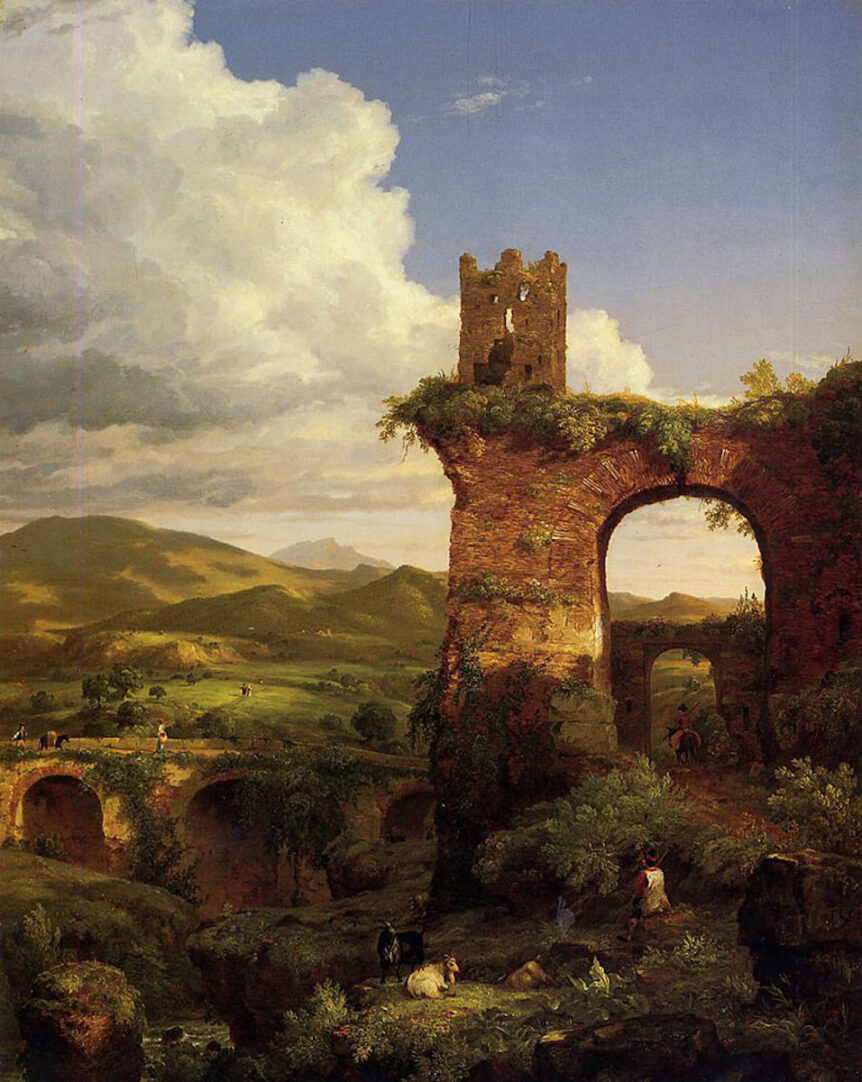 The Association of Art Museum Directors killed something of a sacred cow last year when it ruled that museums will be permitted to use funds from deaccessioned artworks—previously strictly controlled—to pay for a wider array of institutional costs. As the Newark Museum of Art looks to tomorrow’s sale at Sotheby’s where it will offer seventeen works from the collection—including major paintings by Thomas Cole, Thomas Eakins, Marsden Hartley and Childe Hassam—to help alleviate the strain of the pandemic on the institution. A coalition of seventy five arts professionals have authored a letter beseeching the institution to withdraw. As of this dispatch, the lots remain on offer. (Hyperallergic) On a related note, last month the Philadelphia Museum of Art’s director and CEO, Timothy Rub, spoke with host Ben Miller on our podcast Curious Objects about the lure of the sell-off from museum collections.

Of course, we wouldn’t be considering this topic as urgent a reality without the financial toll the pandemic has taken on the art world, but the arts economy has been broken for some time now. Here’s the broader state of affairs, looking beyond museums and galleries, into music, theatre and film. (Harper’s)

A year behind schedule (thanks to Covid-19) the 154-acre RHS Garden Bridgewater complex in Salford, outside Manchester in the UK, opens this week. With help from weed-chomping Berkshire pigs, “Europe’s biggest gardening project” has transformed the derelict former estate of the Earls of Ellesmere—once home to its own extensive gardens—into a patchwork of formal and informal gardens that include a 29,000-species kitchen garden whose produce is served at RHS Bridgewater’s eponymous café and a Chinese garden created in collaboration with local Chinese residents. (Guardian)

Founded in 2011, the Classical Institute of the South set out to document decorative arts objects made in Louisiana, Alabama, and Mississippi before 1865. Now branded as Decorative Arts of the Gulf South (DAGS) the project’s mission continues in its new home at the Historic New Orleans Collection, where it is presenting the first decade of fieldwork in a new exhibition Pieces of History. Findings are available in the fully accessible free database showcased here. (The Historic New Orleans Collection)

During World War I, when soldiers weren’t being exposed to the horrors and atrocities of war and had a little bit of down time, they worked cut shells into bracelets, carved aluminum into rings and made mementos out of a variety of materials with deft metalworking skills leaving behind a genre of collectibles known as Trench Art. Here’s a primer on the background and collectability of such objects. (Collector’s Weekly)

Duwamish chieftain Seattle was a ferocious warrior and skillful negotiator. Giving his female relatives in marriage to white men, he enticed settlers to join him in the creation of a bicultural community at the site of the city that today bears his name. Following a familiar pattern, the discovery of mineral riches and the encroachment of the railroads soon meant that the land was too valuable for the Americans to share. Here’s that story, and the story of a moving speech Seattle delivered in 1854 to an audience including the Washington Territory’s first governor—a message that has been cited (and often abused) over the ensuing 150 years. (American Heritage)

The presupposition has long been that the need for a steady supply of food led humans to develop their first agricultural practices. But this article suggests there is a strong possibility that the agricultural revolution may have been kickstarted by shifting needs in clothing instead. (Aeon)

Brutalism has been enjoying a resurgence for a couple of years now, but the style continues to be a source of passionate discourse in the architectural community, evoking both scorn and respect. Here are two recent pieces we’ve read about the style. One, reverential in tone, is headlined “Brutalist buildings aren’t unloveable. You’re looking at them wrong.” The other is a scolding of sorts that picks buildings apart, while demanding a revolution that puts architecture in harmony with nature. Where do you stand on Brutalism? (Wahsington Post/Current Affairs)

Affordable public housing projects built during the 1960’s in Singapore featured communal spaces on the first level called “void decks.” These areas featured stools and tables for all residents to use, and when viewed from above as in the photographs of local artist Jonathan Tan, their designs look like beautifully vibrant mosaics. (Creative Boom)

In the work of contemporary photographer Rumi Ando, we’re presented with her gorgeous, dreamlike, but dystopic and unsettling vision of Tokyo: a bustling metropolis with a cacophonous mixture of architectural styles, colors, and geometries. For her series Tokyo Nude, Ando photographed the city from the flat horizontal perspective seen in traditional Japanese painting styles yamato-e and ukiyo-e, but stripped all functional references. Ando says, “There are no entrances and no exits, only box-like structures spreading out. All activities are completed in the box, and photos, text, and traces of human consumption activities disappear from the city.” We’re thinking of Sheeler, Crawford, and other precisionists. (Rumi Ando via Present and Correct)

In case you missed it, the New York Times recently featured a fun, detailed interactive survey of the art inside the Oval Office over the past fifty years. The comparison is easy to draw from president to president and it’s interesting to compare their choices in terms of quantity, artists, subject matter, and placement. For example, the central position above the fireplace opposite POTUS’ desk has been reserved for George Washington during the previous nine administrations. President Biden has placed a portrait of Franklin D. Roosevelt there. Kennedy preferred seascapes. (New York Times)

The scandalous glaring omission from every one of these pictures? A filing cabinet! Well, for those of us that have the need to organize and store mountains of paper (and don’t have the luxury of the West Wing’s file room), here’s a bit of history on one of the most important transitions in modern office design. Today’s office administrators owe a debt to former secretary of state Elihu Root, who was vexed by the department’s shoddy record-keeping and organizational practices, and demanded a new system to better handle his file load. (Places)

Long before 128-bit encrypted emails, the security of correspondence required ingenuity and a deft hand. Depending on the level of secrecy required, a seventeenth- or eighteenth-century letter writer might employ a highly complex series of folding patterns, cuts, and tucks that would leave behind evidence of tampering. The method was called “letterlocking,” and while research on these techniques is fairly new, and complex due to the delicacy of material and nature of the systems, we’re fascinated. (Atlas Obscura)