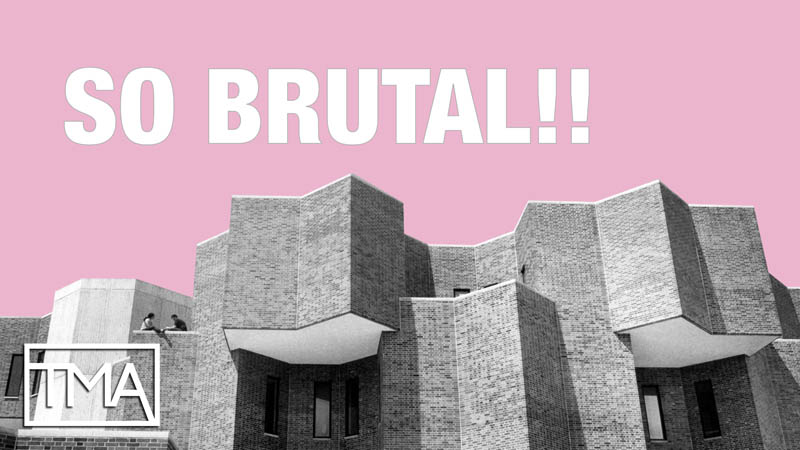 This week’s installment of the Eye has been guest edited by a longtime friend of TMA, Michael Diaz-Griffith. The former co-host of our Curious Objects podcast, Michael is currently writer, editor and host of our new YouTube video series #TMAexplains . . . and that’s not even his day job. Michael is executive director of Sir John Soane’s Museum Foundation, the New York–based institution that supports the Soane Museum in London. Previously, he was associate executive director of the Winter Show and a consultant on strategy and innovation for fairs, auction houses, galleries, and museums. A co-chair of Young Collectors Night at the Winter Show and the Masterpiece Collectors Club, he was recently named to House Beautiful‘s list of “Visionaries” for his advocacy of antiques, historic art, and preservation, and his work on anti-racist preservation has been featured by Artnet, Veranda, CNN, and others, and taught in universities across the United States. Michael is writing a book on young collectors to be published in fall 2022 by Monacelli Press/Phaidon.

OF ARCHITECTS AND ECCENTRICITY

As a frazzled grad student in London, I frequented Sir John Soane’s Museum for jolts of much-needed inspiration, never guessing I would someday work with the time-capsule museum. Something else I didn’t guess? That Joseph Gandy, Soane’s visionary draftsman, played a leading role in the great architect’s life, practice, and legacy—more creative partner than protégé. On Gandy’s 250th birthday, Apollo honors the brilliant but troubled protagonist of one of nineteenth-century England’s greatest design stories. (Apollo)

Behind the nondescript facade of Cosmic House, a few miles from the Soane Museum, architect Charles Jencks undertook a rather Soanean project from 1978 to 1985, transforming his own home into a richly expressive rejoinder to hardline modernism, the dominant style of the day. With the postmodern landmark debuting as a house museum this week, Edwin Heathcote asks in the Financial Times: “Can a house embody the personality, the conviviality, and the wit of its designer/client beyond their lifetime?” If the Soane Museum is any indication, the answer is a resounding yes. Oliver Wainwright’s coverage in the Guardian provides more perspective still on London’s next great house museum. (Financial Times/Guardian)

Closer to home, the Daily Beast tells the story of the beloved “mud-colored Palladian masterpiece” that is the Redwood Library in Newport, Rhode Island, and the building’s Tory architect, who has been largely forgotten by (reflexively patriotic) American history. Like Gandy, Peter Harrison didn’t meet a happy end, but his work lives on in the jewel box library, “undoubtedly more plain than its neighbors, and smaller,” and all the more loveable for these qualities. (Daily Beast)

If “the past is a foreign country,” as L. P. Hartley wrote, Ancient Egypt might as well be another planet. Yet much of its material culture is with us today. And just like your shoes, or a strand of hair, animal mummies subjected to scientific analysis can yield new insights . . . despite their advanced age. If you’ve seen our new #TMAexplains video on why period films are so colorful all of a sudden, you may not be surprised to learn that mummies were far more vivid and complex—visually, semiotically, spiritually—than previously thought. As Hyperallergic reports: “Color reconstruction is important not only to revivifying our reimagination of the past, but also to decoding the complex lexicon spoken by both the absence and the addition of colored patterns in the ancient world.” (Hyperallergic)

Why stop at pigments when reappraising the past? As Reuters reports, scientists working in a Moroccan cave this week announced the discovery of what they claim to be the oldest-known evidence for clothing in the archaeological record. As a fellow who loves fashion, this news is interesting to me on its own terms: Which animal skins were “in” 120,000 years ago? For those who don’t rage for rags, however, there’s still a lot to ponder here. After all, “the advent of clothing was a milestone for humankind, reflecting cultural and cognitive evolution.” (Reuters)

If you are unlucky enough to follow me on Instagram, you know I love old things that look new, new things that look old, and pretty much anything that—or anyone who—challenges preconceived notions about how past, present, and future interact. One such entity is bad-boy Roman emperor Elagabalus, recently profiled by the brilliant Camille Okhio for Cultured magazine. Likely gender-nonconforming and certainly eccentric, Elagabalus has not been viewed kindly by capital-H history. “Rather than the freakish example of late Roman decline that he’s been painted as,” writes Okhio, “Elagabalus should instead be viewed as a unique case study for non-binary experiences in the ancient world, as well as the victim of political machinations far beyond his youthful comprehension.” It’s a gimlet-eyed take that’s both critical and humane, with a dash of empathic humor that’s very 2021. As Okhio jokes: “Imagine being thrust to the helm of the ‘civilized’ world just as puberty hits.” (Cultured)

I’ve never been a big fan of Antiques Roadshow, although I adore some of the specialists—such as Arlie Sulka of Lillian Nassau—who appear on the US version of the program. Roadshow’s popularity requires us to pay attention, however, and as a popular phenomenon, the show can give us insight into the state (and future) of antiques in America. Stephen Lurie’s write-up in the Atlantic delivers insights aplenty, culminating in a meditation on what it might take to hook millennials and Gen Z on the material culture of the past. “The question looming over Antiques Roadshow, like its objects, is whether the next generation will inherit and value it, not because it’s new and flashy, but because it isn’t.” Let’s be real: it’s the question looming over everything we do. Based on the fact that I encounter plenty of antiques-loving under-40s every day, however, I think an affirmative answer is forthcoming. (Atlantic)

I co-founded the New Antiquarians with TMA’s Curious Objects podcast host Benjamin Miller to rally young people who love old things, and my forthcoming book from Monacelli Press will do the same thing in print. As I talk to more and more young collectors, I’m convinced that a key to antiques’ future is letting go of outdated narratives and negative views about younger people and their desire to live (or not to live) alongside reminders of the past. Two shibboleths I’m particularly determined to dismantle: the myth that millennials and Gen Zers are minimalists (they aren’t), and the fiction that they’re mad about mid-century modern (again, nope). With both minimalism and mid-mod, the generation being described is Gen X, or folks aged roughly forty to fifty-five. But generalizations never capture reality in a satisfying way, and in the digital age it’s probably less important to think about people’s age than this: what are they passionate about? If we consider some of the qualities that antiques embody—craftsmanship, quirkiness, singularity—it’s apparent that we’re living on the cusp of a golden age for the things we love. As the New York Times reports, “Instagram stores that specialize in knickknacks are booming,” and kooky, complex candle-sculptures are the order of the day. Danish wishbone chairs are here to stay, but they shouldn’t be headline news in 2021. Let’s save the front page for vintage tchotchkes purchased through Instagram. (New York Times)

Since I’m playing editor, I want to abolish the “trend stories” about minimalism and maximalism that appear like persistent weeds across the media landscape. (I suspect TMA editor Gregory Cerio would throw his support behind this proposal.) As Kyle Chayka writes in Town and Country, “minimalism and maximalism are less opposites than two complementary forces in the larger cycle of style itself, which can never stay the same for long. . . . In the end, contrast is what’s important, like moving between a hot sauna and a cold pool.” It’s all good—all that’s been made or is being made—and it’s all eternally available now, thanks to the Internet, so let’s embrace minimalist Shaker style, maximalist mid-century modern, and every unexpected permutation that’s arisen to please the eye. (Town and Country)

A throwback aesthetic currently pleasing younger eyes on Instagram and TikTok can be viewed under the hashtag #darkacademia. One part Ivy League, one Oxbridge, one Hogwarts, it’s a nostalgic style that communicates a new attitude of earnestness among under-twenties. In the Conversation, Serena Dyer explores five moments in history when, as in 2021, “dressing to look clever has been in vogue.” Some things never change, and if that means more leather-bound books and mysterious turrets on social media, I’m all for it. (Conversation)

As viewers of our #TMAexplains video series know, I’m also interested in how historic dress informs fashion for grownups. While the recent New York Fashion Week was brimming with historical references, London’s Spring-Summer 2022 shows were even more redolent of history, with particular emphasis falling on the eighteenth century. For a primer on contemporary looks “that scream the summer of 1709,” look no further than this list from Tatler, which knows a thing or two about old-fashioned style. (Tatler)

In a more serious vein, Thomas Chatterton Williams writes about his family’s summer sojourn to Greece, the classical education his father gave him, and the respect for the past that he is attempting to inculcate in his own seven-year-old daughter. As Chatterton Williams stands among the ruins of Plato’s Academy, he tells his daughter that “I don’t believe it is an exaggeration to say that—in some small but very real way—these rooms made possible our own fleeting existence.” The future is made in the present, which is made from the past, in a continuum that connects TikTok to the first Homo sapiens to wear clothes (not to mention Plato). If that isn’t a case for the importance of history, I don’t know what is. (New York Times)

END NOTES—FROM THE EDITORS OF TMA

We, of course, love sitting at a long polished-wood table that’s surrounded by a set of matching side chairs, but the formal dining room has long been on the outs in residential design, seen by some as an obnoxious signifier of wealth and status, and by others as a relic of a way of living that no longer exists. But the pandemic seems to have changed views on that maligned gathering place. Is the dining room making a comeback? (Washington Post)

Weathervanes are in season, culturally speaking. There’s a wonderful exhibition of the meteorological instruments on now at the American Folk Art Museum (TMA’s coverage will give you an enticement to visit), and if you haven’t yet, cast a weather eye on the “All About American Weathervanes” episode of our new YouTube video series #TMAexplains. If either show prompts you to think about starting your own weathervane collection, the friendly folks at Olde Hope Antiques can help. They are currently presenting a selling exhibition titled 100 Years of American Weathervanes at their Manhattan outpost. More than two dozen weathervanes dating from from the early nineteenth century to the early twentieth century are featured, charmingly patinated and formed to look like hunting dogs, a firefighter, deer, a woman golfer, and a trumpet-blowing Angel Gabriel. Check here for details.