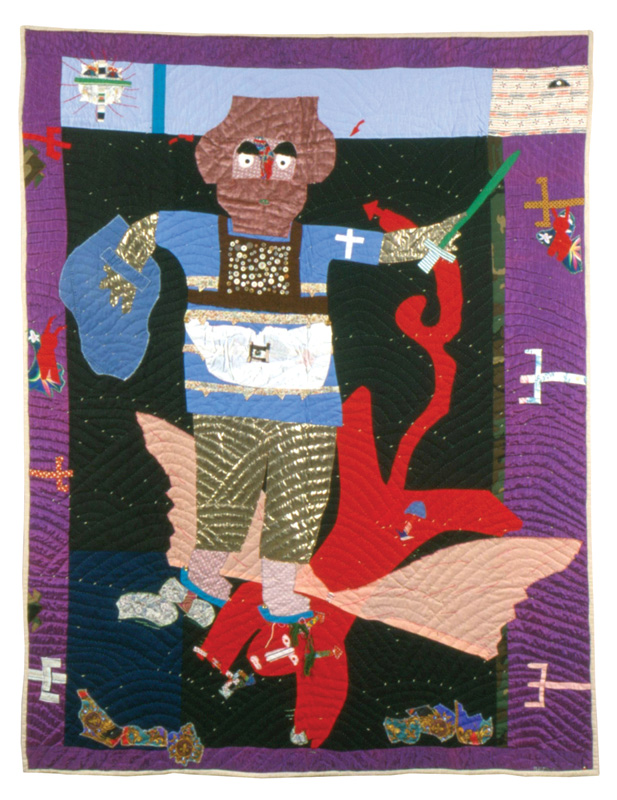 The Golden Hour: Rembrandt’s Etchings and Societal Transformation in the Seventeenth Century at the Montgomery Museum of Fine Arts, February 14 to April 19

On view are 42 etchings by Rembrandt van Rijn from the museum’s collection, which together illustrate the rapid evolution of Dutch society during the seventeenth century, with particular emphasis on changes in class structure, economics, politics, and religion. mmfa.org

Pieces and Patterns: Quilts of West Alabama at the Montgomery Museum of Fine Arts, February 13 to May 10

An exhibition of quilts that demonstrate the distinctive, maverick creativity of West Alabama communities such as famed hamlet Gees Bend in Wilcox County. Of particular note are the works members of families who have quilted for generations, among them Plummer T. Pettway, and Mary Lee Bendolph. mmfa.org

Will Henry Stevens at the Montgomery Museum of Fine Arts, February 13 to April 19

This nine-work exhibition focuses on the lyrical modernist Will Henry Stevens (1881-1949) and his vision of the Southern landscape, which is at once both representational and abstract. His pastels are a wonderful blend of the traditional and avant-garde and proof Stevens’ tremendous eye for color. mmfa.org

Unapologetic: All Women, All Year at the Scottsdale Museum of Contemporary Art, February 15 to December 6

With an exhibition title that speaks for itself, this show features a variety of media and species of art that include modernist bronze sculpture; conceptual art; written word; photography; printmaking; painting; and collage. smoca.org

Balthazar: A Black African King in Medieval and Renaissance Art at the Getty Center, J. Paul Getty Museum, to February 16

Artists were, unsurprisingly, slow to represent Balthazar of the three magi as a Black African. This exhibition examines the thousand-year delay, and the many conflicts – enslavement among them – that would deny Balthazar his proper representation in art. getty.edu

The Splendor of Germany at the Crocker Art Museum, February 16 to May 10

Drawings by German artists from the Baroque to neoclassical eras, such as Johann Wolfgang Baumgartner, Anton Raphael Mengs, and Johann Heinrich Wilhelm Tischbein, among others, are celebrated in this exhibition marking the 150th anniversary of the acquisition of the E. B. Crocker Collection. crockerart.org

What Now: Collecting for the Library in the 21st Century, Part 1 at the Huntington Library, Art Museum, and Botanical Gardens, to February 17

This exhibition explores unexpected affinities between such diverse works as 15th-century Middle English manuscripts and contemporary large-scale inkjet botanical prints. These are among the juxtapositions in a show of 50 works recently acquired by the Huntington Library. Together, the items form a celebration of the library’s rich diversity and continuing mission to preserve cultural treasures. huntington.org

Victorian Radicals: From the Pre-Raphaelites to the Arts and Crafts Movement at the Yale Center for British Art, February 13 to May 10

In their quest to safeguard beauty in a world of smoking factories, the artists in this show fought many dragons: from issues of class and gender to the loss of handicraft to industrialization. Featured artists include Ford Madox Brown, Edward Burne-Jones, William Holman Hunt, William Morris, and Dante Gabriel Rossetti. Many works on view have never been shown outside of Britain prior to this. britishart.yale.edu

Alonso Berruguete: First Sculptor of Renaissance Spain at the National Gallery of Art, to February 17

Spanish Berruguete was a revolutionary artist known for his painted wood sculptures. With over 40 of his finest works, mostly sculptural but including some early painting from his time in Italy as well as a selection of his drawings, the National Gallery of Art showcases Berruguete’s emotional and remarkable artistry. nga.gov

Weaving Beyond the Bauhaus at the Art Institute of Chicago, to February 17

This exhibition focuses on the continued influence of Bauhaus textile-making practice after its closure in 1933 via the work and students such as Anni Albers and Marli Ehrman, who moved on to the United States to teach successive generations of artists who included Sheila Hicks, Else Regensteiner, Ethel Stein, Lenore Tawney, and Claire Zeisler. artic.edu

Painting Edo: Japanese Art from the Feinberg Collection at the Harvard Art Museums, February 14 to July 26

Billed as the largest exhibition ever presented at the Harvard Art Museums, this collection includes more than 120 works connected to the Edo period, 1603 to 1868. The period was marked by significant expansion of pictorial culture that influenced artists in the West as well. harvardartmuseums.org

Beyond Midnight: Paul Revere at the Worcester Art Museum, February 15 to June 7

“The exhibition Beyond Midnight: Paul Revere, organized by the American Antiquarian Society, aims to shine a light on Revere’s lifetime of achievement,” as noted in our pages earlier this year. “Unlike most artisans of the period, Revere’s life has been well documented. His account books, letters, and business records were saved by descendants due to his patriotic renown. As a result, scholars today can use Revere’s example to understand more broadly the lives and practices of American craftsmen during the Revolutionary period and the early years of the new republic.” worcesterart.org

Decorative Arms: Treasures from the Robert M. Lee Collection at the Nevada Museum of Art, to February 16

An engineer, explorer, and wildlife conservationist, Robert Morton Lee was also a renowned collector historic weaponry. On display are some 100 works dating to the 1500s including suits of armor, antique firearms, swords, and modern weapons. Of particular note are those arms that manifest a blend of artistic vision and the collaboration among all artisans involved in their making: goldsmiths, silversmiths, and engravers. nevadaart.org

Using a transcultural approach meant to challenge previous methods of display and description, African works are paired with objects from across the world in this exhibition. The 33 works include an eighteenth-century Kuba sculpture, fourteenth- to sixteenth-century Ethiopian Orthodox processional crosses, and a mid-twentieth-century Sierra Leonean Ordehlay or Jollay society mask. brooklynmuseum.org

Andy Warhol: Revelation at the Andy Warhol Museum, to February 16

Warhol was raised a Catholic, and his religious sensibility is examined through 100 works, including his iconic portraits of celebrities, appropriated Renaissance masterpieces, plus archival materials, drawings, paintings, prints, and films. warhol.org