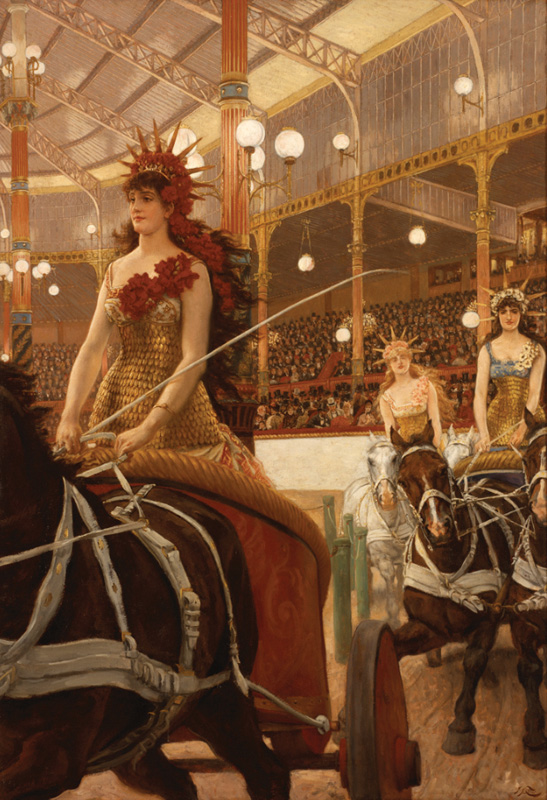 The Western Sublime: Majestic Landscapes of the American West at the Tucson Museum of Art, to February 9

Paintings, drawings, photography, prints, textiles, and basketry are all on view in this exhibition, and share a theme of the sublime: an awe- or fear-inspiring aesthetic ideal with a spiritual bent. Older works are complemented by contemporary pieces to inspire conversation around the shifting interpretations of the landscape of the American west. tucsonmuseumofart.org

James Tissot: Fashion & Faith at the Legion of Honor, to February 9

As we reported earlier this year, “Skilled at drawing from a young age, Tissot studied in the late 1850s at the École des Beaux-Arts in Paris; he befriended Edgar Degas and Édouard Manet. Success quickly followed his first exhibition at the Paris Salon in 1859. Portraits of the haute bourgeoisie and scenes from their social milieu became Tissot’s stock in trade. These vibrant, finely detailed images showed off his particular talent for capturing the chic and shimmering folds of women’s raiment.” legionofhonor.famsf.org

Impressionism in the Northwest at the Boise Art Museum, to February 9

What you think of as a typical American impressionist landscape might depict the rocky Maine coast, a quiet shoreline in Massachusetts, or sunlight on the Shinnecock Hills. But this exhibition calls attention to the often overlooked views of the mountains, fields, and forests of the American Northwest by artists that included Childe Hassam, Clyde Leon Keller, Sydney Laurence, C. C. McKim, Clara Jane Stephens, John Trullinger, Henry Frederick Wentz, Melville T. Wire, C. E. S. Wood, and Eustace Ziegler. boiseartmuseum.org

African/American: Two Centuries of Portraits at the Bowdoin College Museum of Art, to February 9

This exhibition features exceptional portraits created by and of leading African American artists from the decades before the abolition of slavery to the modern day. The show includes two early eighteenth-century works by  Joshua Johnson, one of the first known professional American artists of color, as well as several of the Bowdoin College museum’s new acquisitions, among them a rare photograph of abolitionist Sojourner Truth and a marble bust of an unidentified woman made by Edmonia Lewis, a pioneering African-American sculptor. bowdoin.edu

Travels on Paper at the Clark Art Institute, to February 9

Long before the days of jet travel and Instagram, the way most people saw the world outside their own was through the scenic views and landscapes painted by artists as they journeyed around the globe. The Clark’s exhibition features 43 inspiring and exotic renderings from artists that include Camille Corot, Robert Macpherson, Alexandre-Gabriel Decamps, John La Farge, Thomas Moran, and Félix Teynard. clarkart.edu

Folk and self-taught artists are celebrated in this exhibition, with a focus on how folk art resonates powerfully as a testament to history and reflection of the world through a unique lens. Over 70 works are included that respond to themes around nationhood, freedom, community, and legacy related to American history. folkartmuseum.org

Edith Halpert and the Rise of American Art at the Jewish Museum, to February 9

Beyond the Floating World at the Newport Art Museum, to February 10

This exhibition features a modest, but vibrant collection of works from across the history of Japanese printmaking. Of particular note are prints by artists Kawase Hasui, Takahashi Hiroaki, Andō Hiroshige, Amano Kunihiro, Kitagawa Utamaro, and Ichiosai Yoshiumi. newportartmuseum.org

Charleston Collects: British Sporting Art from the Penkhus Collection at the Gibbes Museum of Art, February 7 to June 28

Mamluk Revival Metalwork at the Huntington Museum of Art, to February 9

In the course its existence from roughly 1250 to 1517, the Mamluk realm of the Middle East produced a stunning array of decorative artworks. Its artisanal metalwork—chiefly brass engraved and inlaid with gold, copper, and silver—was particularly remarkable and enjoyed a vogue among nineteenth-century collectors. Renewed interest prompted modern reproductions of great artistic merit in their own right. The Mamluk Revival works on view represent a dialogue between medieval and modern craftsmen. hmoa.org

One of the world’s largest and most prestigious exhibitions of antiquarian books returns to Pasadena, California. Thousands of rare books and manuscripts will be on offer from hundreds of booksellers from around the globe are the centerpiece of the show, which includes seminars and other special events. cabookfair.com