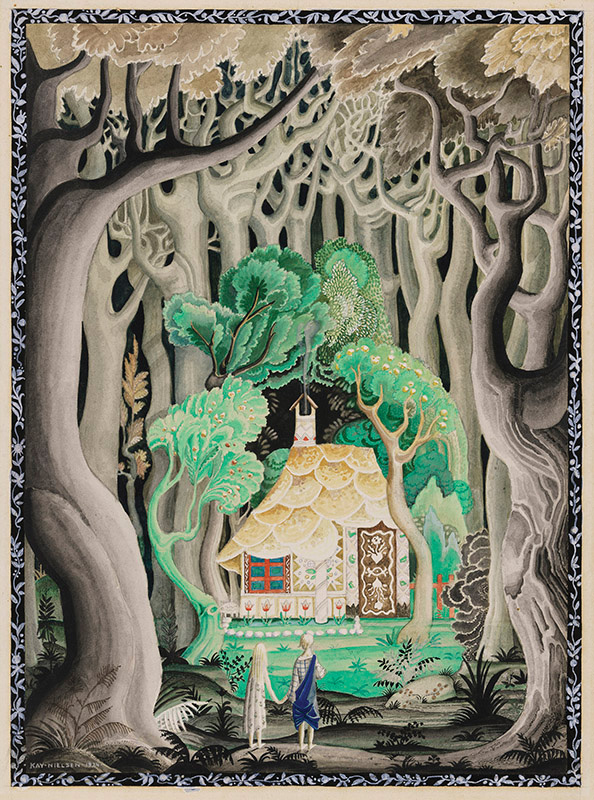 Divine Illusions: Statue Paintings from Colonial South America at the Snite Museum of Art, January 18 to May 16

These paintings – imbued with the same spirituality as the statues they depict – are extraordinary examples of Spanish colonial iconography in South America, their images rendered in exquisite detail. The exhibition centers primarily around works produced in Cuzco, Peru, and in artistic centers around Lake Titicaca. sniteartmuseum.nd.edu

True Grit: American Prints and Photographs from 1900 to 1940 at the Getty Center, J. Paul Getty Museum, to January 19

Complementary collections of prints and photographs that examine the American response to a modernizing landscape. Subways taking people to dance halls, skyscrapers shading tenement apartments, boxing rings around the corner from public parks are some of the subjects explored. getty.edu

Nineteen Nineteen at the Huntington Library, Art Museum, and Botanical Gardens, to January 20

As ANTIQUES reported at the time of the show’s opening: “The Huntington tells the story of this tumultuous year and a changing society through some 275 artworks, objects, and artifacts—including paintings, prints, books, maps, and photographs—drawn from its holdings of around eleven million items. The exhibition is accompanied by an illuminating, densely illustrated catalogue written by the show’s co-curators, James Glisson and Jennifer A. Watts.” huntington.org

Reckoning with “The Incident”: John Wilson’s Studies for a Lynching Mural at the Yale University Art Gallery, January 17 to May 10

Influenced by newspaper accounts of lynchings in his youth, as well as the political and social commentary of the Mexican muralists, John Wilson completed a series of studies for a mural centered on racial terror. This challenging exhibition brings together nearly all of Wilson’s known preparatory sketches and painted studies for the first time. artgallery.yale.edu

Everyday Luxury: Silk Quilts from the National Collection at the National Museum of American History, to January 20

Sometimes called “parlor throws” as they would be seen in a parlor rather than slept under, these 19th century silk quilts are a rare and splendid showing of American textiles from the museum collection. americanhistory.si.edu

As we noted when this exhibition opened at NYU: “Abby Weed Grey was multicultural before multiculturalism was a thing. An intrepid world traveler and passionate art collector, Grey (1902–1983) took an interest in the modern art of the Middle East and India in the 1960s and ‘70s, a time when few Americans were attuned to contemporary cultural currents in those places.” The exhibition includes over 100 works from her collection.  blockmuseum.northwestern.edu

Kay Nielsen’s Enchanted Vision The Kendra and Allan Daniel Collection at the Museum of Fine Arts, Boston, to January 20

“Nielsen developed a style reminiscent of that of Aubrey Beardsley, depicting lush environments populated by slender figures with attenuated bodies and, often, a vaguely sinister aspect,” we wrote when the exhibition opened. “The MFA show will include more than forty-five of Nielsen’s watercolors, drawings, and illustrated books and comes as part of a mini revival of interest in the artist.” mfa.org

Saints and Sinners at the Nelson-Atkins Museum of Art, January 15 to July 12

The stylistic range with which artists depict sainthood and sin is boundless. This collection, featuring numerous works on paper, explores the Christian spiritual binary and celebrates the holy and the damned used to illustrate such belief. nelson-atkins.org

Dox Thrash, Black Life, and the Carborundum Mezzotint at the Hyde Collection,  January 19 to March 22

“The exhibition celebrates the many artistic achievements of Dox Thrash, an important but still underappreciated African-American artist,” says Patrick McGrady, a curator at the Palmer Museum of Art. “The show concentrates on Thrash’s role in the development of the carborundum mezzotint, a new printmaking technique that brought him national recognition in the years leading up to the Second World War.” hydecollection.org

Francisco Goya: The Caprichos Etchings and Aquatints at the Hyde Collection, January 19 to April 26

Goya’s critiques of Spanish life – rendered using innovative printing techniques – are equal parts scathing and amusing. No one was safe from his work: the church, the aristocracy, and the public alike are skewered for their backward thinking. hydecollection.org

The Renaissance of Etching at the Metropolitan Museum of Art, Fifth Avenue, to January 20

The early decades of printmaking are showcased with etchings—prints made with a technique originally developed for decorating armor. Some 125 etchings are on view, produced by such Renaissance luminaries as Albrecht Dürer, Parmigianino, and Pieter Bruegel the Elder, as well as lesser-known artists. The etchings are complemented by a smaller collection of drawings, printing plates, illustrated books, and armor. metmuseum.org

A Return to the Grand Tour: Micromosaic Jewels from the Collection of Elizabeth Locke at the Gibbes Museum of Art, January 17 to May 3

The 92 micromosaics, on loan from Elizabeth Locke’s private collection, are a beautiful and delicate window into the decorative history of the late 18th to early 19th centuries. The collection includes numerous pendants, boxes, and paperweights. gibbesmuseum.org

Thomas Jefferson, Architect: Palladian Models, Democratic Principles, and the Conflict of Ideals at the Chrysler Museum of Art, to January 19

Liberty and democracy – ideals that inspired Jefferson’s architectural monuments – were always at odds with the slave labor used to construct them. Some 130 objects, ranging from models, rare books, paintings, drawings, early photographs, and architectural elements, are presented as illustrations of the inherent conflict between Jefferson’s design work and the “peculiar institution.” chrysler.org