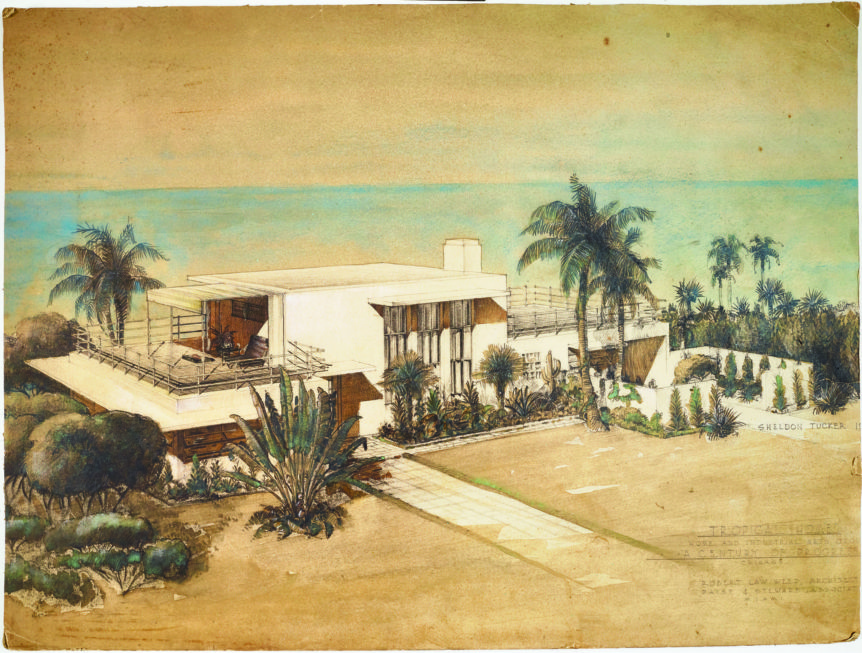 In 1933 Florida Governor David Sholtz wrote that the states various exhibits at Chicago’s Century of Progress exposition were “but the ‘Show Rooms of the state,'” adding, we further invite you to visit the ‘Play Ground of the Nation.'” The Florida Tropical House, constructed for the Home and Industrial Arts Group section of the exposition and built alongside ten other homes on the shores of Lake Michigan, was one such showroom.