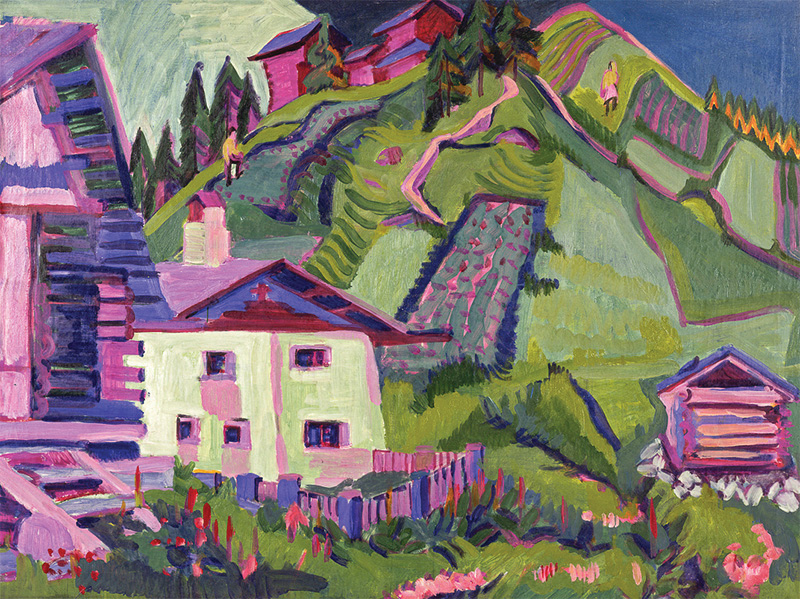 Black Out: Silhouettes Then and Now at the Birmingham Museum of Art, to January 12

A mix of antique and contemporary silhouettes makes up this exhibition. The contemporary “selfie” owes much, arguably, to this portraiture tradition. The work of Auguste Edouart, several unidentified nineteenth-century artists, and contemporary artists such as Kara Walker, Camille Utterback, and Kumi Yamashita, is on view. artsbma.org

As we noted in our article on this show when it debuted at the Art Institute of Chicago: “La femme,” Edgar Degas once opined, “en général est laide”: women, in general, are ugly. Auguste Renoir, if his opinion were canvassed on the matter, would doubtless have asserted the exact contrary: every woman he painted, and he painted many in his long career, was portrayed with a robust, even overripe loveliness, the beauty of flowers in springtime. But where did Édouard Manet, the father of impressionism, stand in this regard? An answer to that question is suggested in the exhibition, Manet and Modern Beauty.” getty.edu

Still: Elemental at the Clyfford Still Museum, to January 12

The abstract expressionist Clyfford Still wanted his jagged, flame-like paintings and bleaker works inspired by the windswept plains to provoke a visceral reaction in viewers. This show examines Still’s art through the prism of Greek philosophy, in galleries that connect his art thematically to the five Greek elements: earth, water, air, fire, and æther. clyffordstillmuseum.org

The Mathematics of Elegance: An Icon of Early Connecticut Furniture at the Wadsworth Atheneum Museum of Art, to January 12

Sometime around 1775, the Connecticut cabinetmaker Eliphalet Chapin crafted a high chest pleasing to the eye and the rational mind. Not one element is half-considered. Even the pediment, which has a fantastic flourish, was created through a series of careful compass measurements; proving that the analytical intelligence is no less capable of splendid artistry than the imaginative one. (Not that we ever had any doubt.) thewadsworth.org

L’Affichomania: The Passion for French Posters at the Vero Beach Museum of Art, to January 12

More than 60 bright, bold, and brilliant Belle Époque compositions come together in this exhibition. Featured are works by the most celebrated artists of the medium: Jules Chéret, Eugène Grasset, Alphonse Mucha, Théophile-Alexandre Steinlen, and Henri de Toulouse-Lautrec.  vbmuseum.org

In a Cloud, in a Wall, in a Chair: Six Modernists in Mexico at Midcentury at the Art Institute of Chicago, to January 12

The exhibition takes its title from a statement by the Cuban-born designer Clara Porset, who said: “There is design in everything … in a cloud, in a wall, in a chair, in the sea, in the sand, in a pot.” The lyrical work on view—Porset’s own, along with that of Lola Álvarez Bravo, Anni Albers, Ruth Asawa, Cynthia Sargent, and Sheila Hicks—lends credence to that notion. In any event, the cross-media and cross-generational selection of artists makes for a particularly engaging visit. artic.edu

The Colmar Treasure: A Medieval Jewish Legacy at the Metropolitan Museum of Art (Met Cloisters), to January 12

“These artifacts were discovered in 1863, after remaining hidden—that is, intentionally concealed—for more than five hundred years, since the middle of the 1300s. Comprising bejeweled rings, brooches, and more than three hundred coins, this hoard was concealed in the walls of a house in Colmar, a city in the province of Alsace in northeastern France,” we wrote at the time of this exhibit’s opening, “Although the original owners of these objects did not live to retrieve them, the artifacts themselves go some way to revive the memory of those nameless victims of long ago.” metmuseum.org

John Singer Sargent: Portraits in Charcoal at the Morgan Library and Museum, to January 12

Some fifty of John Singer Sargent’s bravura drawings are on display. As art historian Stephanie Herdrich noted in our pages: “As striking for their technical facility as for the sitters’ biographies, the assortment includes statesmen, artists, actors, writers (with a bit of the Social Register and Burke’s Peerage mixed in).” themorgan.org

Beyond Midnight: Paul Revere at the New-York Historical Society, to January 12

“The exhibition Beyond Midnight: Paul Revere, organized by the American Antiquarian Society, aims to shine a light on Revere’s lifetime of achievement,” we reported earlier this year. “Unlike most artisans of the period, Revere’s life has been well documented. His account books, letters, and business records were saved by descendants due to his patriotic renown. As a result, scholars today can use Revere’s example to understand more broadly the lives and practices of American craftsmen during the Revolutionary period and the early years of the new republic.” nyhistory.org

The Poetry of Nature: Hudson River School Landscapes from the New-York Historical Society at the Taft Museum of Art, to January 12

Van Gogh and His Inspirations at the Columbia Museum of Art, to January 12

This exhibition showcases twelve works by Van Gogh, side by side with more than thirty works by artists that inspired the celebrated painter’s vision.  columbiamuseum.org

Groh’s work, both his literal and more visionary interpretations, capture the landscape with a particular reverence. The exhibition focuses on Groh’s work depicting the coastal district of Dithmarschen in Germany, his ancestral home. mmfa.org

Ansel Adams: Performing the Print at the Phoenix Art Museum, January 11 to June 7

This exhibition of sixty photographs – with two- and three-piece print sets – focuses on Adams’ various interpretations of his negatives. Differences of cropping, contrast, brightness, dodging and burning, among other techniques, offers insight not only into Adams’ process, but also the changing materiality of photography. phxart.org

Verrocchio: Sculptor and Painter of Renaissance Florence at the National Gallery of Art, to January 12

The teacher of Leonardo da Vinci, Pietro Perugino, and (likely) Sandro Botticelli, Andrea del Verrocchio was a staggeringly talented artist in his own right; the National Gallery of Art offers a view of 50 masterpieces of painting, sculpture, and drawing which illuminate his particular materiality, technique, and artistic vision. Billed as the first-ever monographic exhibition of Verrocchio in the United States, and the only American location displaying this exhibition. As we noted last year. nga.gov

Bertoldo di Giovanni: The Renaissance of Sculpture in Medici Florence at the Frick Collection, to January 12

Art and politics meld together in Bertoldo’s fifteenth-century Italy. Billed as containing the only known sculptural figure by Bertoldo outside Europe, the collection also includes over twenty of his many bronze, wood, and terracotta designs. As we noted last year.  frick.org

Ernst Ludwig Kirchner at the Neue Galerie, to January 13

The artist’s work from across a thirty-year period is on view in a show exploring Kirchner’s expressionist style and way it changed during his time the three cities in which he lived: Dresden, Berlin, and Davos, as our Sammy Dalati reported last year. neuegalerie.org

This annual event in London features everything from period furniture, paintings, and sculpture, to handbags, jewelry, and other decorative works of art spanning the centuries. mayfairfair.com

Along with antiques and decorative works for sale, the show will feature a loan exhibit presented by the Winterthur Museum: Icons of America: George Washington and Beyond. The show benefits the Bishop John T. Walker School of Boys, the Founders Board of St. John’s Community Services, and THEARC. washingtonwintershow.org